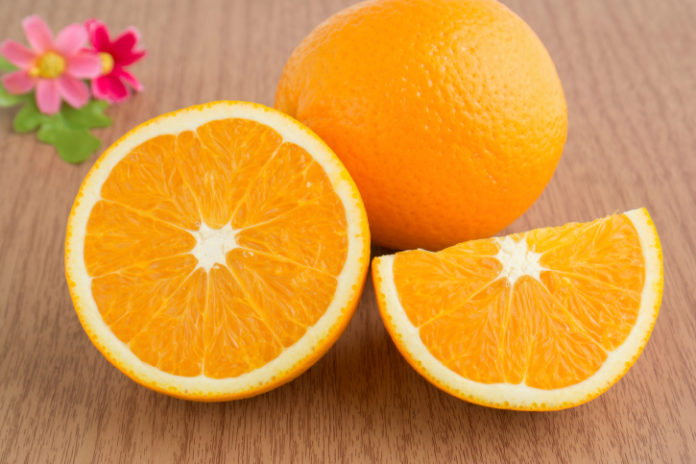 Oranges and other citrus fruit and juices may provide a modest protection against strokes, according to a new analysis of data from the Nurses Health Study. Researchers report that women with the highest dietary intake of compounds called flavanones, found in citrus, were 19% less likely to suffer the most common type of stroke over a 14-year followup period, compared to those with the fewest flavanones. Consumption of citrus fruit and juices, primarily orange and grapefruit, was also linked to lower stroke risk.

Aedin Cassidy, PhD, of the University of East Anglia, and colleagues analyzed data on nearly 70,000 women. Responses to food-frequency questionnaires completed every four years were broken down to calculate total intake of flavonoids, a large group of bioactive compounds found in plants, as well as for subclasses such as flavanones. These dietary patterns were then compared to overall incidence of strokes as well as the most common type, ischemic stroke. (An ischemic stroke occurs when a blood vessel that supplies blood to the brain is blocked by a blood clot.)

Total flavonoid intake varied widely among participants, from an average 761 milligrams per day in the top one-fifth to just 97 milligrams daily in the bottom group. The most common source of flavonoids was tea, followed by apples and oranges or orange juice.

Consuming more total flavonoids, however, did not prove to be associated with lower risk of suffering a stroke. But one subclass of flavonoids-flavanones, found in oranges, grapefruit and other citrus-did appear to be connected to reduced stroke risk. So was consumption of fruits high in flavanones.

Cassidy and colleagues noted that a possible protective effect from flavanones is plausible. Previous research has found that two specific flavanone compounds, naringenin and hesperin, have anti-inflammatory effects and encourage the release of nitric oxide, which expands blood vessels.

Most of the flavanones consumed by the 70,000 women in the study came from juice, but scientists suggested that eating whole fruit is actually a better way to boost flavanone intake.

The study also looked at vitamin C, which prior stroke studies have suggested might have a protective benefit. But there was no association between vitamin C intake and stroke risk in this cohort.

Other subtypes of flavonoids studied, including flavones, anthocyanins (primarily from blueberries) and flavan-3-ols (found in tea), appeared to have a protective association at the highest levels of consumption. But those differences in stroke risk were not statistically significant.

Cassidy and colleagues cautioned, In a population-based study like ours, it is impossible to disentangle the relative influence of all the components of citrus fruits.

For example, Mohsen Meydani, PhD, director of Tufts HNRCA Vascular Biology Laboratory, points out, Oranges contain lutein and zeaxanthin, and these carotenoid compounds could also contribute to stroke protection. Animal models have shown these have effects on cardiovascular disease.

Meydani adds, Citrus fruits in general are nutritious, good foods that are also high in vitamin C and fiber. But of course you shouldnt rely on citrus alone to protect you against stroke. The American Stroke Association recommends not smoking, controlling high blood pressure and unhealthy cholesterol, consuming a healthy diet, avoiding obesity and being physically active.

Heres another reason to steer clear of fried foods and baked goods: The trans fats sometimes used in those foods may raise your risk of stroke. Using data from the largest study to date of the eating habits of postmenopausal women, University of North Carolina researchers compared intake of trans-fatty acids and stroke incidence among 87,025 women ages 50-79. Those with the highest intake, an average 6.1 grams daily, were 39% more likely to suffer the most common type of stroke than those in the lowest-trans fat group, who averaged 2.2 grams a day. Already linked to heart disease, trans fats have been declining following labeling efforts and outright bans, but they can still lurk in some fried foods and baked goods. The study also found that aspirin use tended to counter the extra stroke risk associated with trans-fat consumption.

That glass of wine with dinner may give you more than just a pleasing bouquet and an elegant finish; it could also lower your risk of stroke. Analyzing 26 years of data on 83,578 women in the Nurses Health Study reveals that light to moderate drinkers-consuming the equivalent of a half-glass to a glass and a half of wine daily-were 17% to 21% less likely to suffer a stroke than teetotalers. The findings held for both types of stroke, ischemic (the most common) and hemorrhagic, and reflected not only alcohol consumption reported when the study began but also at four-year intervals. Those drinking a glass and a half daily had the lowest risk compared to nondrinkers. Only a small percentage of participants drank more; among these heavier drinkers, stroke risk began to increase with greater consumption, exceeding that for abstainers with 2-3 glasses daily except for hemorrhagic stroke. While not a reason to start drinking if you dont already, given other dangers of alcohol, the findings may merit a toast from moderate drinkers.