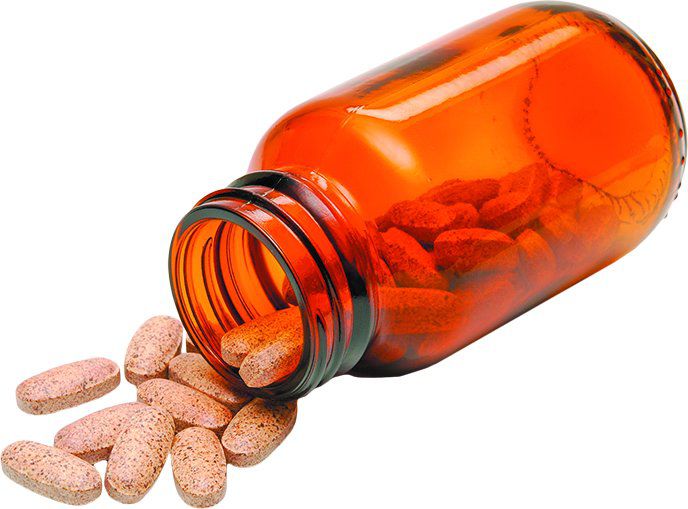 Could the daily multivitamin many people take “just in case” their eating plan falls short help heart health? New evidence suggests it may require sticking with a multivitamin for a long time to realize a heart benefit, if there is one.

“There were many outcomes assessed in this study, and the vast majority were negative,” says Alice H. Lichtenstein, DSc, director of Tufts’ HNRCA Cardiovascular Nutrition Laboratory. “There appeared to be a positive signal for long-term multivitamin use, on the basis of self-reported data; however, few other lifestyle characteristics were assessed. We know from other studies that long-term supplement users have other diet and physical activity behaviors associated with lower risk of cardiovascular disease. Of the little we do know about such behaviors among these physicians, sure enough, those who reported supplement use also reported a higher level of vigorous physical activity [for which the researchers adjusted]. Also note, the findings were based on associations; whether there is a cause and effect relationship is unknown.”

The 18,530 male participants in this research, which used data from the Physicians’ Health Study I, were in their early 50s, on average, and healthy when they entered the study. This means that those who reported taking a multivitamin for 20 years or more at the start of the study had been doing so since they were about 30 years old.

“Starting regular multivitamin use at a younger age and continuing it for more than 20 years may be an indicator that those men followed a healthier lifestyle in general, which could contribute to the lower cardiovascular disease risk we observed,” says Howard Sesso, ScD, MPH, an author of the study published in The Journal of Nutrition. At the same time, a longer period of multivitamin use may be needed to impact cardiovascular disease, since it progresses gradually.

About one in five men were taking a multivitamin at the study start, but the only association researchers found between current multivitamin use and cardiovascular health over 12 years of follow-up was a reduced likelihood of certain heart procedures (coronary bypass and angioplasty). Multivitamin use was not reassessed after the beginning of the study, so it’s uncertain whether all of the men continued multivitamin use after they were initially surveyed.

Previous studies of multivitamins for heart health have cast doubt on the benefits. A 2015 observational study of a large group of female health professionals 45 years and older followed for an average of 16 years failed to find that multivitamin use was associated with lower risk of major heart events. “Also, in a clinical trial (the Physicians’ Health Study II) where we gave a daily multivitamin or placebo to 14,641 male physicians for more than a decade, we found no effect on cardiovascular disease risk, although we did find that a multivitamin modestly reduced risk of cancer and cataracts,” Sesso says. “So, we have to take the findings of this new study a bit more cautiously.”

How a multivitamin might help heart health is uncertain. “There are many different multivitamin products for sale, so it’s really difficult to pinpoint what specific mechanism might be underlying a potential benefit between long-term use and cardiovascular disease reduction,” Sesso says. He emphasizes that before taking a multivitamin, people should first look at the overall quality of their diet and nutritional status. Although a daily, low-dose multivitamin (in contrast to high-dose supplements of individual nutrients) doesn’t appear to cause harm, its necessity should be discussed with your doctor.

Shifting your eating pattern to include more naturally nutrient-rich foods will likely provide more benefit than simply popping a multivitamin pill. Beyond vitamins and minerals, you get fiber and thousands of phytochemicals in plant-based foods, which may support cardiovascular health, too. “We continue to look for the magic pill that will improve our health without changing the way we eat or how much we exercise,” Tufts’ Lichtenstein says. “However, barring any major breakthrough in the near future, the best investment we can make in our health is to maintain a healthy eating pattern and engage in regular physical activity.”

Regardless if you take a multivitamin or not, follow these science-backed strategies to support heart health:

– Favor fat sources that are predominantly made of polyunsaturated or monounsaturated fats, such as liquid vegetable oils and omega-3 rich fish, including salmon and sardines.

– Maintain (or work toward) a healthy weight and manage cardiovascular-related risk factors, including prediabetes, diabetes, high cholesterol and hypertension.

– Sit less and move more. Aim to get 30 minutes or more of moderately-paced aerobic exercise daily.