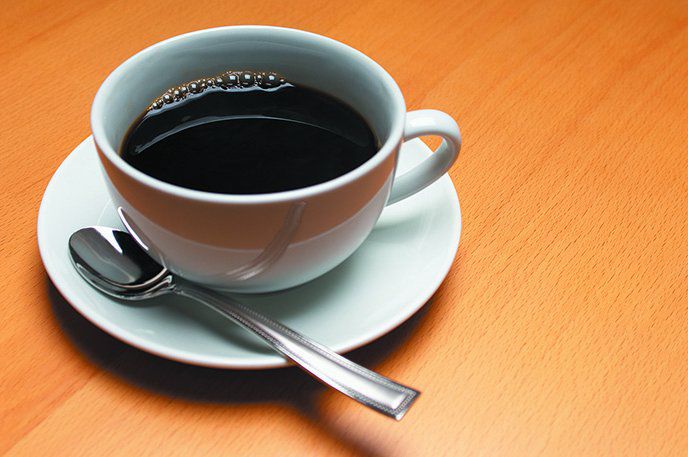 The popular notion – reflected in doctors’ advice and clinical guidelines – that caffeine can cause your heart to “skip a beat” is probably wrong. A new study, the first of its kind to actually monitor participants’ hearts over a 24-hour span, concludes that frequent caffeine consumption is not associated with premature heart contractions or disturbances of the heart’s electrical rhythm.

“These findings mean that if you enjoy coffee or tea, you can continue to do so without any concern about your heart,” says Alice H. Lichtenstein, DSc, director of Tufts’ HNRCA Cardiovascular Nutrition Laboratory. Lichtenstein served as vice chair of the 2015 Dietary Guidelines Advisory Committee, which concluded that drinking three to five cups of coffee a day (up to about 400 milligrams of caffeine) was safe and might even be associated with lower risk of type 2 diabetes and cardiovascular disease.

“Of course,” she adds, “it is important to remember the caveat that we are talking about coffee and tea, not the cream and sugar that may be added to it. Those can contribute unneeded calories, in the form of added sugar and saturated fat.”

MONITORING “PALPITATIONS”: The new study, published in the Journal of the American Heart Association, compared self-reported intake of coffee, tea and chocolate (but not caffeinated sodas) with heart irregularities. The 1,388 participants in the Cardiovascular Health Study, average age 72, were hooked up to heart monitors. Scientists looked for premature atrial contractions (PACs) and premature ventricular contractions (PVCs), two common types of “extra” heartbeats, as well as cardiac ectopy, irregular heartbeats popularly known as “palpitations.”

None of these symptoms are serious on their own, but in otherwise healthy individuals they have been associated with greater risk of heart failure, atrial fibrillation and stroke. Patients with such symptoms are often advised to restrict caffeine intake.

Although that recommendation seems plausible, both anecdotally and biologically, researchers report they didn’t find such a connection. Instead, frequent caffeine consumers in the study were no more likely to experience PACs, PVCs or ectopy than those with little or no caffeine intake. The study was led by Gregory M. Marcus, MD, of the University of California-San Francisco.

HEART SAFE: An accompanying editorial by cardiologists from the Atlanta VA Medical Center and Emory University focused on coffee, the major source of caffeine in the US diet: “Recently published studies, including prospective cohorts, clinical investigations and meta-analyses, generally show coffee consumption is safe for the heart. Concerning cardiovascular risk factors, there is little evidence that chronic coffee intake raises blood pressure.

“Boiled coffee brewing [e.g. French press] may raise atherogenic lipid levels and other brewing methods do not appear to have this effect,” Peter W.F. Wilson, MD, and Heather L. Bloom, MD, continued. “Finally, there is little risk for atrial or ventricular arrhythmia at most of the levels of caffeine consumption in our society.”

Dr. Marcus noted that some evidence even suggests caffeine might be associated with lower risk of atrial fibrillation.

None of this means you should start consuming caffeine if you don’t already, or that you shouldn’t avoid it if it makes you feel jittery or keeps you from sleeping. But if a little caffeine from coffee or tea helps you get going in the morning or picks you up in mid-afternoon – or you just plain enjoy the flavor – you can go ahead without worrying it will make your heart skip a beat.