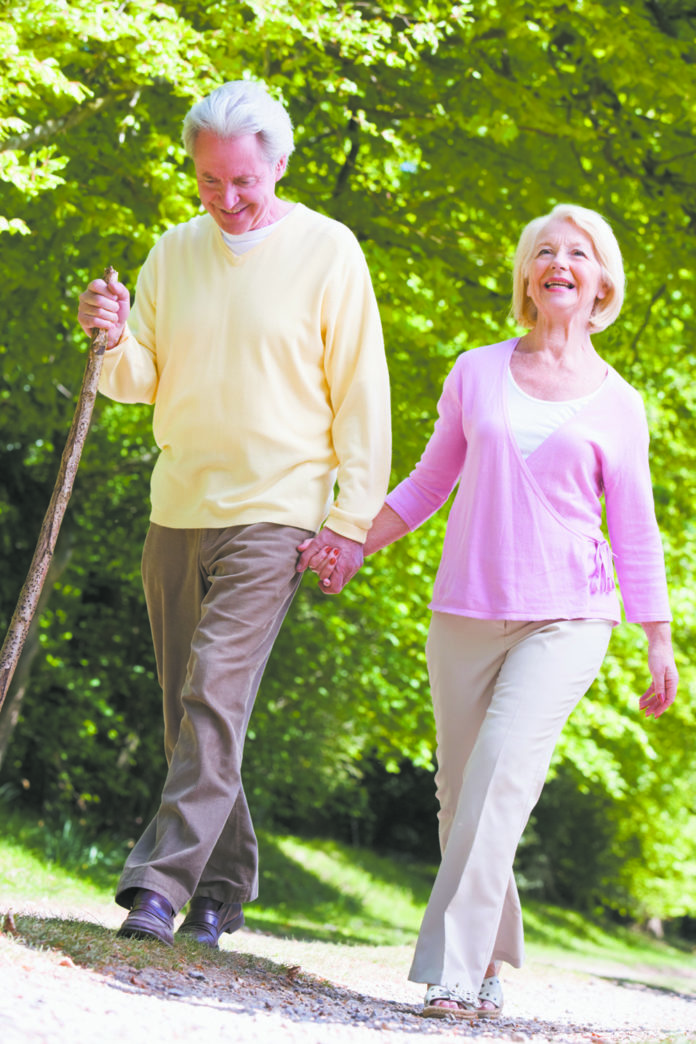 Can you get the same health benefits from walking as from running? As long as you walk for a longer time, to expend a comparable amount of energy, a new study says the answer is yes. And those health benefits are significant, whichever form of physical activity you choose, including reduced risks of high blood pressure, unhealthy cholesterol levels, diabetes and coronary heart disease.

Walking is the most convenient form of exercise, says Miriam E. Nelson, PhD, a professor in Tufts Friedman School and author of the Strong Woman series of books. A 150-pound woman will burn 80 to 100 calories for each mile she walks.

The researchers behind the new study agree: Walking may be a more sustainable activity for some people when compared to running, said Paul Williams, PhD, of Lawrence Berkeley National Laboratory. In findings published in Arteriosclerosis, Thrombosis and Vascular Biology, the study reported that the more the runners ran and the walkers walked, the better off they were in health benefits. If the amount of energy expended was the same between the two groups, then the health benefits were comparable.

RUNNERS VS. WALKERS: Williams and Paul Thompson, MD, of Hartford Hospital compared data on 15,945 participants in the National Walkers Health Study and 33,060 in the National Runners Health Study II. Participants were initially healthy and followed for an average of a little over six years.
Measured in metabolic equivalents (METs), a gauge of exercise intensity based on oxygen requirements, the runners expended a little over twice as much energy as the walkers per day. They reaped proportionately greater health rewards, too, with 38% lower risk of hypertension, 36% lower odds of unhealthy cholesterol and 71% less incidence of diabetes than walkers.
But when risks were calculated based on equivalent energy expenditure (per MET-hour per day), walking was actually slightly more effective than running in preventing hypertension and unhealthy cholesterol. Both walking and running reduced diabetes and heart-disease risk by roughly the same amount per MET-hour per day.

GET GOING: The catch, of course, is that walkers must put in more time to equal the same energy expenditures. As a moderate-intensity activity, walking might require double the minutes to achieve the same benefits as a vigorous activity like running, depending on your pace. The distance would be the same; it just takes a walker longer to finish each mile and burn roughly the same amount of calories.

Thats all the more reason to get out those walking shoes now, says Tufts Nelson. Of course, even walking just one mile might seem daunting to someone who hasnt exercised in years-or perhaps ever, she says. Start small, but do start. If you wait until you feel just right about it, you could wait your whole life. There will always be something getting in your way, so you might as well jump in now-not tomorrow morning-and get the ball rolling.