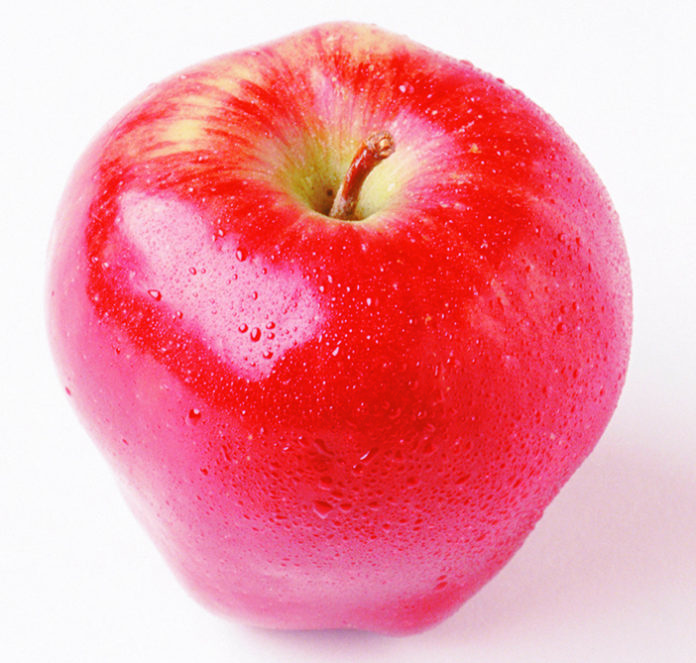 Although other fruits get more press for their antioxidant punch, apples are a rich source of a type of antioxidant chemicals called polyphenols. Research has suggested that apple polyphenols might be beneficial against asthma, lung cancer, macular degeneration and problems with blood-sugar regulation. Now a new study reports a possible link between apple polyphenols and the oxidation of LDL (“bad”) cholesterol.

Before you start stocking up on apples, however, Jeffrey B. Blumberg, PhD, director of Tufts’ HNRCA Antioxidants Research Laboratory, advises, “While apples are a fruit and eating more might well be good for you, we should be encouraging more diversity in fruit choices.”

When picking and consuming apples, though, aim to get the most polyphenols for your buck (see box). Polyphenols help protect apples from the sun’s damaging ultraviolet radiation. They are also responsible for the browning that begins when apples are cut or bruised; this damage to the fruit’s cells releases enzymes called polyphenol oxidases (PPOs), which oxidize the polyphenols, turning the fruit brown.

In a new randomized clinical trial published in the Journal of Functional Foods, eating just one apple a day reduced levels of oxidized LDL (“bad”) cholesterol in the bloodstream by as much as 40%. Robert DiSilvestro, PhD, of Ohio State University and colleagues tested daily apple consumption and an extract of apple polyphenols for four weeks in 51 healthy middle-aged adults. Participants were randomly assigned to one of three groups: 16 ate a large Red or Golden Delicious apple daily; 17 consumed two daily capsules containing a total of 194 milligrams of mixed apple polyphenols; and 18 in a control group took a placebo capsule. The study was funded by an industry group, the US Apple Association, and Futureceuticals, Inc., which also supplied the polyphenol supplements.

Both the apple-eating group and the polyphenol-capsule group showed improvements in blood levels of oxidized LDL, which is thought to contribute to atherosclerosis and heart disease. The most significant improvements were seen in those eating the actual fruit.

DiSilvestro and colleagues focused on the oxidation of LDL cholesterol. When these fat particles react with oxygen in the blood vessels, the oxidation of LDL particles, regulated by a complex set of biochemical reactions, makes them more dangerous and prone to clogging your arteries. The oxidation-reducing effect from apples was greater, they noted, than from other dietary antioxidants they have studied, including tomatoes, green tea and curcumin (found in the spice turmeric). The researchers added, “Both the apples and polyphenols extract gave an effect.… However, the apple effect was greater than the capsule effect.”

They speculated that this difference could be due to other compounds present in whole apples but not in the apple extract, the different composition and amount of polyphenols found in the fruit versus the capsules, or better absorption of the polyphenols from eating the whole food.