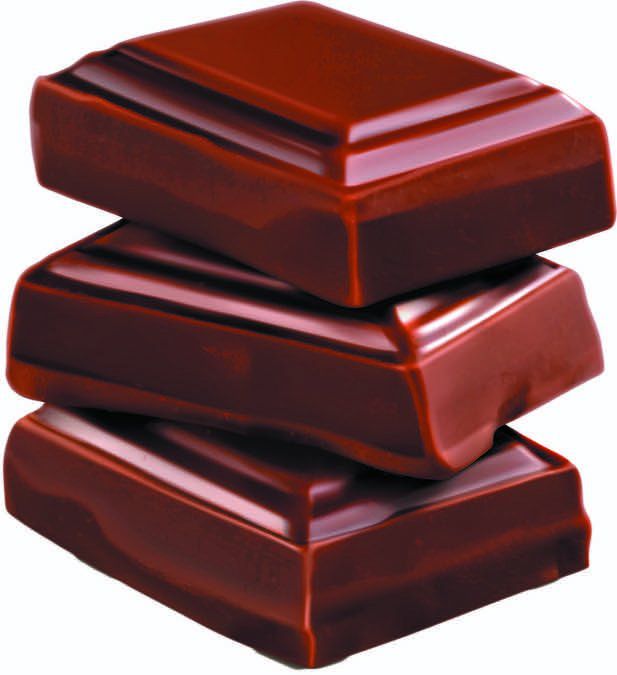 “Unfortunately, there’s little convincing evidence to support eating chocolate to reduce risk of atrial fibrillation,” says Alice H. Lichtenstein, DSc, director of Tufts’ HNRCA Cardiovascular Nutrition Laboratory, who was not involved in the research. “In the new study, regular, moderate chocolate eaters were less likely to smoke and had lower rates of hypertension, diabetes and heart disease. Although attempts were made to control for these factors in the analysis, they all trended in the same direction, meaning they could have contributed to lower rates of atrial fibrillation, independent of chocolate intake.”

For women, the heart benefits associated with chocolate plateaued at 1 serving a week. For men, benefits started to plateau at 6 servings a week. More isn’t better.

“Habitually eating too much chocolate can lead to excessive calorie and sugar intake, which increases other health risks, such as weight gain and type 2 diabetes,” says Elizabeth Mostofsky, ScD, MPH, the lead author of the study at Harvard T.H. Chan School of Public Health in Boston. “And keep in mind, the serving size of chocolate was just 1 ounce in the study.” Depending on the size of the chocolate bar (check the wrapper), that’s generally half a bar or less.

Why Chocolate: Cocoa-containing foods like chocolate bars contain anti-inflammatory phytochemicals called flavanols. “Atrial fibrillation involves an inflammatory process that leads to stickiness of the blood and scarring of the heart tissue, which can damage electrical functioning of the heart,” Mostofsky says. “The flavanols in cocoa may potentially decrease the inflammation and scarring that contribute to atrial fibrillation risk.”

Even so, the new study was observational, so it couldn’t prove cause and effect. The analysis was adjusted for some factors (such as blood pressure, alcohol intake and smoking) that could impact the results. But, data on other factors that influence atrial fibrillation risk, such as sleep apnea and kidney disease, weren’t available.

“Although the results are tempting to embrace, it is important to realize that topping ice cream with hot fudge, even made from dark chocolate, is unlikely to decrease your atrial fibrillation risk,” Lichtenstein says. “There is no way of getting around the importance of a balanced, healthy dietary pattern.”

If you have atrial fibrillation, the American Heart Association says you can reduce your risk of complications with the following efforts. Some of these same efforts may also help reduce risk of developing atrial fibrillation.
– Maintain a healthy weight
– Get regular physical activity
– Eat a heart-healthy diet
– Control blood cholesterol
– Manage blood pressure
– Avoid excessive intake of alcohol and caffeine
– Dont smoke
– Control underlying conditions (such as other heart conditions, diabetes, sleep apnea, hyperthyroidism and chronic lung disease)