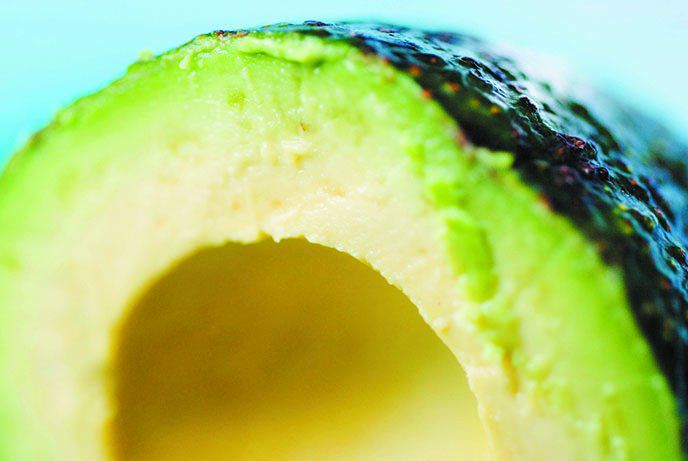 Not so long ago, avocados were a seasonal delicacy in most of the country, and when they were available, their high fat content scared away health-conscious consumers. With loosened import rules from Mexico, however, sales of Hass avocados (about 95% of the US market) have more than doubled in the past decade. Last year, Americans peeled about 4.25 billion avocados, and in February avocados even boasted their own Super Bowl commercial.

It’s not just a growing taste for guacamole that’s pushing avocados to record popularity. Consumers are increasingly aware that not all fat is to be equally avoided: Of the 18.6 grams of fat in a typical avocado, only 2.9 grams are unhealthy saturated fat; the rest is heart-healthy unsaturated fat—primarily monounsaturated fat (13.3 grams). Think of the fats in this healthy fruit (yes, avocados are technically a fruit) as similar to those in olives (also botanically a fruit).

“Consumed in moderation—one cup of avocado slices does contain 230 calories—the unsaturated fats in avocados may have cardiovascular benefits,” explains Diane L. McKay, PhD, an assistant professor at Tufts’ Friedman School and a scientist in the HNRCA Antioxidants Research Laboratory. “Avocados are also good sources of several B vitamins, dietary fiber, potassium and copper, carotenoids, and vitamins C, E and K.”

CHOLESTEROL CONTROL: A new study published in the Journal of the American Heart Association adds evidence to avocados’ potential to improve cardiovascular health. Penn State researchers compared the cholesterol effects of three controlled diets for five weeks each in a group of 45 overweight and obese volunteers. Both a lower-fat (24% of calories) and moderate-fat (34%) diet reduced unhealthy LDL and total cholesterol. But when one avocado a day was substituted for a comparable amount of oleic acid (the main monounsaturated fat in olive oil) in the moderate-fat diet, cholesterol improved even more: LDL dropped 13.5 mg/dL on the avocado regimen, compared to 8.3 mg/dL on the moderate-fat and 7.4 mg/dL on the low-fat diets.

Adding an avocado to other vegetables, like the leafy greens in a salad, can also help you absorb carotenoid compounds such as beta-carotene from those foods. That’s because the healthy fats in avocados excel at helping the body absorb those fat-soluble nutrients. One study in the Journal of Nutrition found that topping salads with avocado boosted carotenoid absorption by three to five times.

You may also want to try avocado oil on its own. Similar in fat profile to olive oil, which is key to the heart-healthy Mediterranean-style diet, avocado oil has a higher smoke point, making it more suitable (and safer) for high-temperature cooking.

SATIETY AND ANTI-INFLAMMATORY PROPERTIES: Since avocados get a majority of their calories from fat (and from 2.7 grams of protein per fruit), they are relatively low-carb (11.7 grams). Subtract the impressive 9.2 grams of dietary fiber per avocado and you get only 2.5 grams “net” carbs. Avocados are also very low on the glycemic index, meaning they’re gentle on blood sugar. And a study in Nutrition Journal found that participants who ate half an avocado with lunch reported a 40% decreased desire to eat for hours afterward.

The chemical constituents of avocados’ fats may also have specific health benefits. These include cholesterol-lowering phytosterols, anti-inflammatory polyhydroxylated fatty alcohols (PFAs), and alpha-linolenic acid (ALA), the plant form of omega-3 fatty acids.

Compounds called unsaponifiables derived from avocado and soybean oil are being tested as a treatment for osteoarthritis. A 2008 meta-analysis found that avocado-soybean unsaponifiables (ASUs) improved symptoms of hip and knee arthritis and reduced the need for anti-inflammatory drugs. A large, three-year study published in 2013 reported that ASUs significantly reduced the progression of hip arthritis.

Native to Central and South America, the avocado or alligator pear is the fruit of a tall evergreen tree, Persea americana. The word comes from ahuacatl, as avocados were called by the Aztecs who first cultivated them thousands of years ago. Avocados were not widely grown commercially in the US until the early 20th century; they are primarily harvested in California in spring and summer and Florida in fall.Like bananas, avocados will ripen at room temperature, so you can choose less-ripe fruit that are less likely to be bruised. The skin darkens and fruit softens as an avocado ripens. Ripe avocados can be kept in the refrigerator for as long as a week. Wrap cut slices and spritz with lemon juice or vinegar to avoid browning.

Wash avocados before cutting and use the nick and peel method recommended by the California Avocado Commission:

Peel carefully, as the greatest concentration of carotenoid compounds is in the dark green flesh immediately under the skin. Avocados are best consumed raw; if adding to a cooked dish, incorporate right before serving.