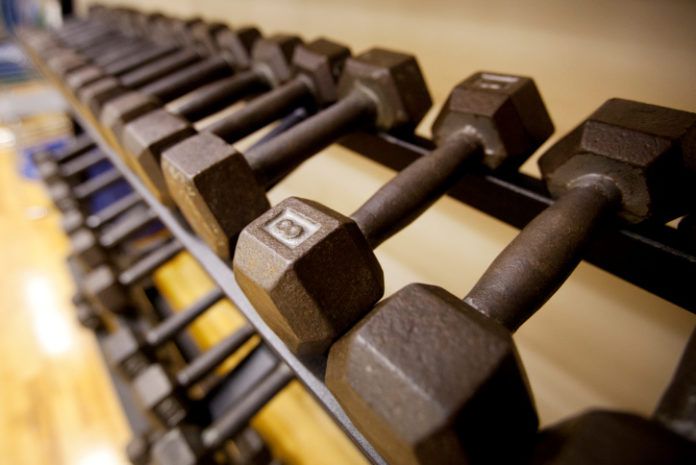 Pumping iron might be good for your aging brain as well as your muscles, according to a new study of older women with mild cognitive impairment. Women in the randomized trial who were assigned to resistance training significantly improved their scores on tests of memory and cognition.

So researchers divided 86 women, ages 70 to 80, into three groups. While one group trained twice a week with machines and free weights, a second group was assigned to aerobic exercises, which involved an outdoor walking program. A third control group performed only balance and stretching activities. Mental performance was measured using the Stroop Test, a standard cognitive test of selective attention and the ability to deal with conflicting information (for example, being able to read the word RED even when its printed in blue). Secondary tests also measured working memory, associative memory, problem solving and visual attention and task switching.

After six months, the aerobics group got physically fitter and improved balance, but saw no cognitive benefits. The resistance-training group, however, significantly improved their average performance on the Stroop Test and tests of associative memory.

In MRI scans of 22 participants (seven or eight per group), those in the weight-lifting group also saw significant functional changes in areas of the brain associated with cognition and memory.

Publishing their findings in Archives of Internal Medicine, Liu-Ambrose and colleagues concluded that the study provides novel evidence of the benefits of strength training for those suffering mild cognitive impairment. They cautioned that the results might not apply equally to men or to women of different ages than the study group.

If these findings are the nudge you need to get started with strength training, however, check out Growing Stronger, a step-by-step program developed by Tufts experts. Its available free online at www.cdc.gov/physicalactivity/growingstronger or for $9.95 from the Tufts bookstore www.tuftsbooks.com.