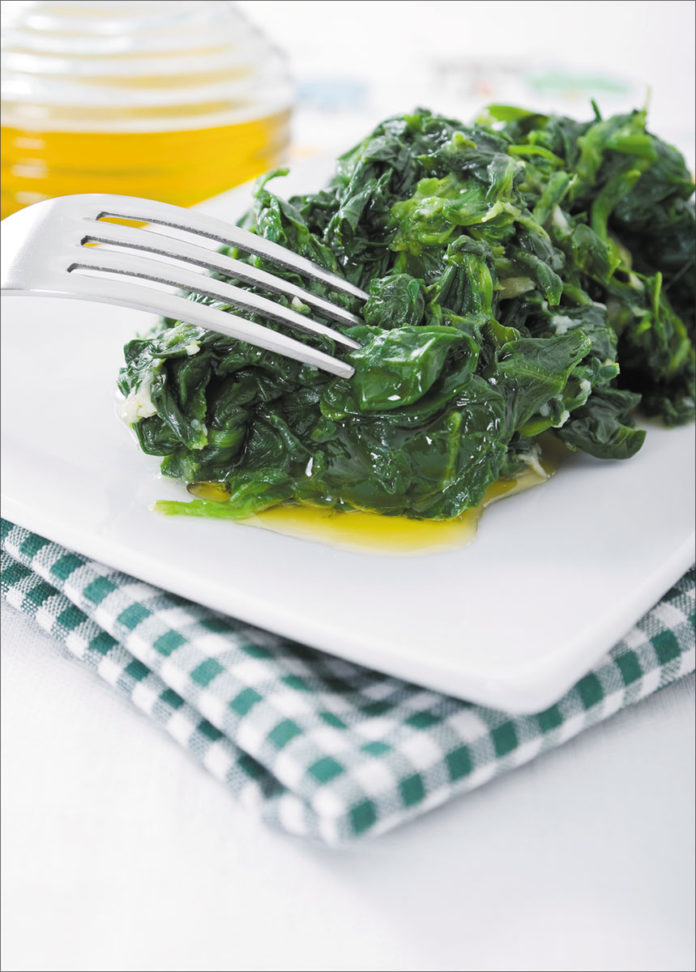 If you listen to advocates of the “raw food” movement, everything is better for you when it’s not cooked. But there’s a whole group of leafy-green vegetables traditionally served cooked—mustard, collard and turnip greens—that, except in the South, most Americans simply skip as they concentrate on fresh salad greens. Cooking helps tame the flavors of some greens, like mustard, that might deter some diners. Cooking can also make chard more palatable, when its leaves and stems are too mature for salads. And of course cooking opens up a whole different menu for spinach and kale.

While there are nutritional trade-offs in cooked versus fresh greens, the popular notion that cooked vegetables aren’t as healthy is more myth than fact. Most important, if reluctance to cook leafy greens keeps you from eating them, it’s time to fire up the stove.

“Cooking will help break down the individual cells of these plants, and loosen up the fibers that make up the cell walls,” explains Diane L. McKay, PhD, an assistant professor at Tufts’ Friedman School. “This releases some of the phytochemicals like the carotenoids and ferulic acid that are present in the plant, making more of them available to your body when consumed. Other phytochemicals like the flavonoids, as well any water-soluble vitamins that are present (vitamin C and the B vitamins), don’t fare as well when heated. The longer you cook your vegetables, the more these compounds degrade.”

CHOLESTEROL AND CANCER:For leafy greens in particular, cooking seems to boost their ability to lower unhealthy cholesterol levels. Says McKay, “Interestingly, studies conducted at the USDA-ARS Western Regional Research Center in California showed that collard greens, kale and mustard greens steamed for 15-20 minutes were better at binding bile acids than their uncooked counterparts. Bile acids are produced in the liver and released into the small intestine during digestion. Bile acid binding is related to the cholesterol-lowering potential of foods. The authors believe this difference was due to the release of certain phytochemicals (like isothiocyanates and sulforaphane) that are known to bind bile acids during digestion.”

Those same phytochemicals are key to the potential cancer-prevention benefits of cruciferous vegetables, which include kale, mustard greens and collards, as well as cabbage, broccoli and Brussels sprouts. One study found that mustard greens were second only to Brussels sprouts in total content of glucosinolates, which break down into those cancer-fighting compounds. Heating also causes one type of glucosinate in greens to form another compound, indole, that has been studied for anti-cancer and artery-protective effects.

VITAMIN K AND OXALATES: Leafy greens are also prime sources of vitamin K, a nutrient essential for the body’s response to injury via blood clotting. Because vitamin K assists in the transport of calcium through the body, it may also be important for bone health and preventing calcification of arteries. Vitamin K is fat soluble, not water soluble, so it’s not as readily lost or damaged in cooking. (People taking anticoagulant drugs such as warfarin should consult their physician about their intake of vitamin K.)

The one downside of leafy greens is that many are high in oxalates, naturally occurring substances that can interfere with the absorption of calcium and contribute to the most common type of kidney stones. A 2005 study in the Journal of Agricultural and Food Chemistry, however, found that cooking vegetables in liquid substantially reduced their oxalate content. Compared to raw vegetables, boiling reduced soluble oxalate content—the type most likely to be absorbed by the body—by 30%-87%, while steaming reduced those oxalates by 5%-53%.