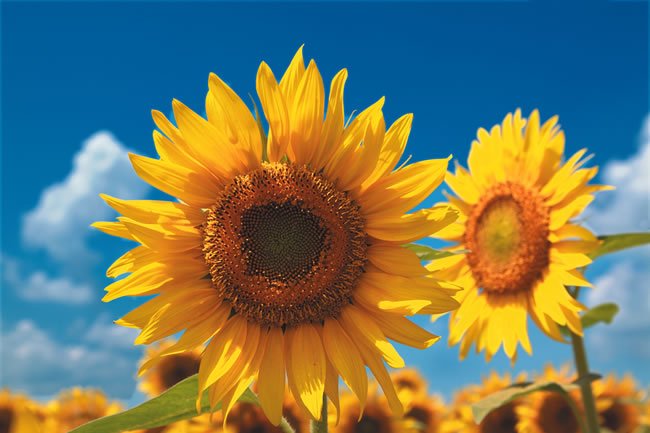 “This is a very important study,” says Alice H. Lichtenstein, DSc, director of Tufts’ HNRCA Cardiovascular Nutrition Laboratory. “Prior work has not consistency taken the replacement dietary component, fat or carbohydrate, into consideration when drawing conclusions about the effects of saturated fat in the diet and heart-disease outcomes. This study has accomplished this, focusing on the effect of swapping out saturated fat and replacing it with polyunsaturated fat. The results are clear and consistent with current dietary guidance—there is a benefit.”

Linoleic acid is the primary omega-6 polyunsaturated fatty acid in the Western diet, found in liquid vegetable oils such as soybean, sunflower, safflower and corn (See “Take Charge!” Above) as well as nuts and seeds. A tablespoon of soybean or corn oil contains about seven to eight grams of linoleic acid, and seven shelled walnuts provide about 11 grams. All fats contain about nine calories per gram, so 1.5-3 tablespoons of vegetable oil daily would provide 5%-10% of calories from linoleic acid (100-200 calories based on a 2,000-calorie daily diet), enough to meet current guidelines.

What about concerns that linoleic acid might actually be harmful for heart health by increasing inflammation? Farvid says this speculation is not supported by randomized controlled feeding studies, in which dietary intake of linoleic acid was not found to increase blood levels of arachidonic acid (associated with inflammation) or inflammatory markers. “On the contrary, some studies have found anti-inflammatory effects of diets higher in linoleic acid compared to those higher in saturated fat.”

Common cooking oils vary in their percentage of polyunsaturated fat (primarily linoleic acid). Here are some popular choices ranked from most to least:

Canola oil and olive oil are high in monounsaturated fat, which has been associated with health benefits in the so-called Mediterranean diet. Lard, palm oil, butter, palm kernel oil and coconut oil are all high in saturated fat.