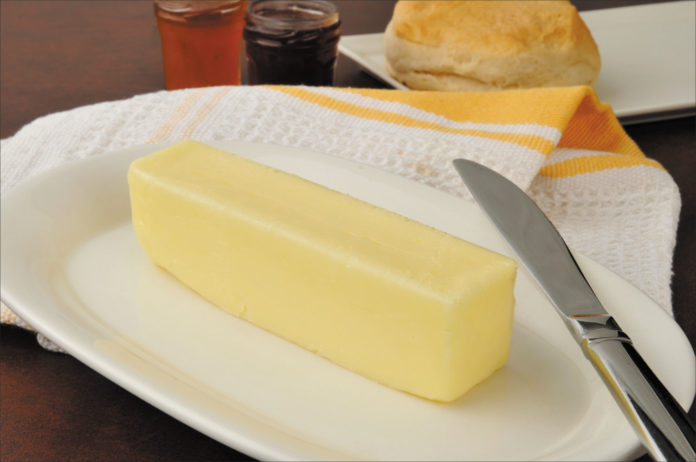 Somewhere, Julia Child is smiling. A new review published in Annals of Internal Medicine has given ammunition to those, like the famous French chef, fond of cooking with butter and other sources of saturated fat. The meta-analysis looked at 27 prior clinical trials and 49 observational studies, totaling more than 600,000 participants. It concluded that current evidence does not clearly support cardiovascular guidelines that encourage high consumption of polyunsaturated fatty acids and low consumption of total saturated fats.
The report led even Mark Bittman, the ordinarily health-conscious food writer for the New York Times, to comment, Butter is back, and when youre looking for a few chunks of pork for a stew, you can resume searching for the best pieces-the ones with the most fat.

Not so fast, says Alice H. Lichtenstein, DSc, director of Tufts HNRCA Cardiovascular Nutrition Laboratory. The conclusions of an extensive review-conducted by a group of researchers with an extensive range of backgrounds in the area of nutrition and cardiovascular disease risk, released by the American College of Cardiology and the American Heart Association last fall-found strong evidence for a link between saturated fat (butter, cheese, fatty meat) and heart disease, she points out. Particularly in an era when dietary restraint is not our strong suit, returning to butter and fatty cuts of meat may likewise return us to the high rates of heart disease we had decades ago-not a place that any of us wants to see again.

FEW FAT DIFFERENCES: In the new analysis, Rajiv Chowdhury, MD, PhD, of the University of Cambridge, and colleagues looked not only at dietary intakes of different fats but also at measures of fat levels in the blood and fat tissues. Overall, they found little evidence of either harm or benefit in heart disease associated with different types of fats. Even the findings on omega-3 fatty acids, renowned as heart-healthy, and trans fats, condemned for raising bad LDL cholesterol while reducing good HDL, were mixed. (Some experts quickly pointed to the omega-3 and trans fat findings as evidence of flaws in the studys methodology.)

A few exceptions to the lack of evidence, pro or con, did stand out. Margaric acid, a saturated fat found in dairy products, was actually associated with lower risk of heart disease. And omega-6 polyunsaturated fats, found in vegetable oils and processed foods, were linked to higher risk. Lichtenstein comments, Whether these findings are spurious or will be replicated in other studies awaits further scrutiny.

Dr. Chowdhury and colleagues results on saturated fat are similar to those of another meta-analysis, published in the American Journal of Clinical Nutrition in 2010, which found no significant evidence… that dietary saturated fat is associated with an increased risk of coronary heart disease. However, as Lichtenstein points out, those same researchers, in an accompanying commentary, stated, In summary, although substitution of dietary polyunsaturated fat for saturated fat has been shown to lower cardiovascular disease risk, there are few epidemiologic or clinical trial data to support a benefit of replacing saturated fat with carbohydrate.

RETHINKING RISKS: Whats a confused consumer to make of these studies, which seem to contradict everything weve been told? First, its useful to put these findings in the context of a long swinging of the pendulum back from the low-fat mania of the 1980s. That overemphasis on reducing total fat intake led many people to substitute high-carbohydrate, processed foods for fats-eating fat-free cookies and low-fat ice cream instead of healthy whole foods.

Nutrition scientists sought to correct this trend, emphasizing heart-healthy fats (mono- and polyunsaturated) versus cholesterol-raising saturated and trans fats. But a string of best-selling books and investigations by science journalists such as Gary Taubes have gone further, challenging the links between saturated fat, cholesterol and heart health. Even TVs Dr. Oz has joined in.

The popular heart-disease culprit now is added sugar. That view found support in a recent analysis of nationwide dietary data that linked consumption of added sugar to higher risk of death from cardiovascular disease (see the May newsletter).

When considering different components of the diet, it is rarely an either/or situation, Lichtenstein cautions. If something in the diet increases, another, by definition, decreases. Choosing to focus on only one part of the change, and not both, can result in questionable conclusions. Notwithstanding that qualification, I dont think any of us would encourage people to eat diets high in refined carbohydrate.

PATTERN RECOGNITION: Fingering individual nutrients may never solve heart disease, some experts caution. The conflicting results on saturated fat, for example, may be because its only one contributor to heart disease. Commenting on the new study in the FoodNavigator website, Tom Sanders, PhD, DSc, professor of nutrition and dietetics at Kings College London, said, The lipid hypothesis I think is proven; it is just that modifying dietary fat composition does not have a huge effect. Increases in BMI, aging and gender have bigger effects. Differences in saturated fat intake only explain about 5% of the variance in blood-cholesterol levels between individuals in cross-sectional studies.

I dont think this paper is a carte blanche to eat lots of fatty meat and cream, Sanders added. The bottom line is that dietary patterns are probably more important than single nutrients.

What type of dietary pattern is best? Evidence continues to show that adherence to the general principles of the DASH (Dietary Approaches to Stop Hypertension) eating plan and the so-called Mediterranean-type diet-which have much in common-can help protect against heart disease.

Says Tufts Lichtenstein, At this time the best advice we can give people is to consume a heart-healthy diet that emphasizes vegetables, fruits and whole grains; includes low-fat dairy products, poultry, fish, legumes, nontropical vegetable oils and nuts; and limits intake of sweets, sugar-sweetened beverages and red meats.