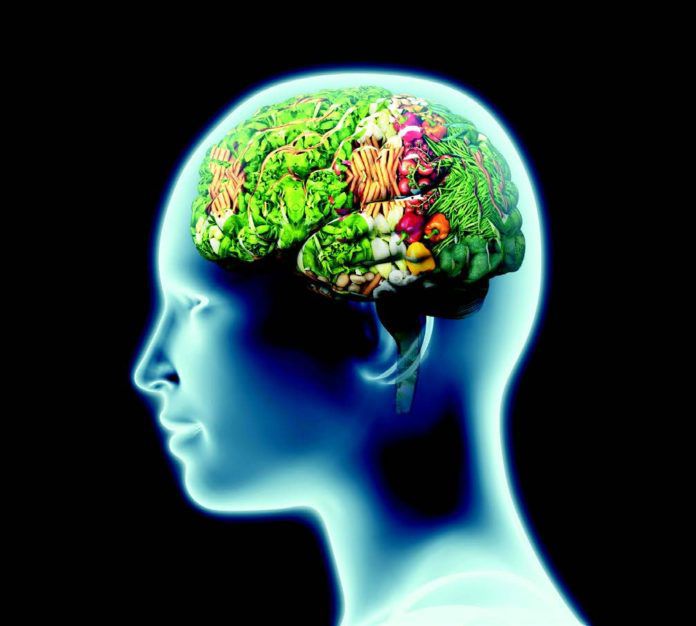 Alzheimer’s disease accounts for 60 to 80 percent of the loss of memory and other cognitive abilities collectively known as dementia. There is no known food or diet that can prevent or cure Alzheimer’s dementia, but diet may help delay onset and slow progression.

What sets Alzheimer’s apart from other forms of dementia is the excessive buildup of beta-amyloid protein fragments into plaques, as well as defective tau proteins that form tangles in the brain. These changes lead to the death of the nerve cells responsible for everything from memory to movement. There are currently no known dietary factors that can impact the formation of these plaques and tangles, but diet may act in other ways to influence Alzheimer’s and other forms of dementia.

State of the Science: A systematic review published in 2017 in the International Journal of Neuroscience found that 50 out of 64 studies reviewed showed some association between diet and incidence of Alzheimer’s. Although the studies reviewed had numerous limitations, the evidence suggested diet has promising implications as a modifiable risk factor for Alzheimer’s dementia. On-going research is attempting to determine how diet and dietary components impact brain health.

New fields of research are investigating the role of diet-associated factors such as lipid metabolism and the gut microbiome in the development of Alzheimer’s dementia, but we are still a long way from knowing if dietary modifications aimed at these pathways could potentially prevent or slow the progression of this devastating disease.

How Diet Helps: We know diet can help protect cognition by keeping the arteries that transport blood to and around the brain clear and flexible. “Getting blood supply to the brain is essential to brain function,” says Irwin H. Rosenberg, MD, senior scientist at Tufts’ HNRCA Neuroscience and Aging Laboratory and former editor-in-chief of the Tufts Health & Nutrition Letter. “Looking at the research carefully, it seems that dietary benefits to Alzheimer’s dementia are more likely to be due to preserving blood flow to the brain then to any impact on the deposition of plaques and tangles.” A recent study by Tufts’ researchers published in the Journal of Alzheimer’s Disease found a significant prevalence of cerebrovascular disease (such as narrowing of brain blood vessels or stroke) in individuals diagnosed with Alzheimer’s dementia. A 2018 international consensus statement concluded that elevated blood levels of the amino acid homocysteine are associated with cognitive decline, including Alzheimer’s, in older persons. “Homocysteine levels can be lowered by increasing intake of B vitamins (folic acid, B12, and B6),” says Rosenberg. “This could theoretically protect the blood vessels in the brain, but we don’t yet know how much lowering blood levels of homocysteine might improve cognition.”

Recommendations: Common conditions influenced by diet, such as high blood pressure, high cholesterol, and diabetes, harm both cardiovascular and cognitive health. “The central message,” says Rosenberg, “is that what’s good for the heart is good for the brain.” A recent report from the Global Council on Brain Health, an independent collaborative of experts, pointed to a number of large, well-designed epidemiological studies that found an association between community-wide improvement in cardiovascular health and decreases in incidence of dementia. In addition to general recommendations, the report suggested foods such as berries, dark leafy greens, nuts, and fish may be beneficial to cognitive health as part of an overall healthy dietary pattern, although they were clear that the data does not conclusively support that eating any specific foods can prevent dementia.

Although there are no Alzheimer’s-fighting superfoods or sure-fire diet plans, long-term healthy eating habits (and physical activity) can help promote good brain health, potentially slowing the development and progression of Alzheimer’s, along with other forms of age-related dementia.

While there are no superfoods and no guarantees, the evidence does suggest that diet impacts brain health and has a role in slowing onset and progression of Alzheimer’s. Try these tips to help maintain your cognitive health:

-Eat fish (not fried) at least once a week
-Aim to keep sodium intake under 2,300 mg/day
-Eat a wide variety of different colored vegetables (fresh, frozen, or canned without too much added sugar or salt)
-Use mono- and polyunsaturated-rich plant-based oils
-Adopt a heart-healthy diet
-Avoid excessive alcohol intake
-Engage in regular physical activity