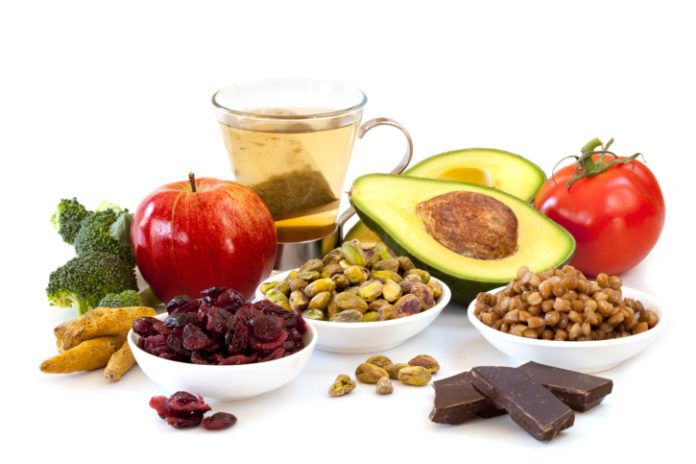 A diet rich in antioxidants, especially from fruits and vegetables, could help reduce your risk of suffering a stroke. A new Swedish study of 36,715 women reports that over an average 11-year followup, those initially free of cardiovascular disease who consumed the most dietary antioxidants were 17% less likely to have a stroke.

Among the 5,680 participants already diagnosed with cardiovascular disease, when results were fully adjusted for other risk factors, those consuming the most antioxidants were 46%-57% less likely to have a stroke. Researchers said this was the first study to connect antioxidant intake with stroke risk among people already diagnosed with cardiovascular disease.

Alicia Wolk, DrMedSci, of the Karolinska Institute in Stockholm, and colleagues used data from the Swedish Mammography Cohort study. Participants diets were assessed at the start of the study using a food-frequency questionnaire. Researchers then calculated antioxidant intake using values for each food called oxygen radical absorbance capacity (ORAC), which takes into account thousands of compounds in doses obtained from a usual diet-as opposed to focusing only on particular antioxidants such as vitamins C or E.

But Jeffrey B. Blumberg, PhD, director of Tufts HNRCA Antioxidants Research Laboratory, cautions that there are important limitations in applying values such as ORAC in foods to implications on human health. Moreover, not every type of compound grouped as an antioxidant-such as polyphenols and other phytochemicals-actually works primarily by attacking oxygen free radicals.

This study has some serious limitations, several of which are noted by the authors themselves, Blumberg adds. The association is of frequency and not quantity of foods consumed; the ORAC values are derived from US and not Swedish foods; there is no dose-response relationship between total ORAC intake and stroke, just highest- versus lowest-intake groups. Even then, the benefit is quite modest.

Nonetheless, Blumberg says, the findings do suggest that eating more fruit and vegetables, whole grains, tea and dark chocolate might reduce your risk of stroke. Participants with the highest antioxidant consumption in the Swedish study ate fruits and vegetables twice as often and drank 17 times more tea (high in phenolic compounds) than those with the lowest intake.

The complexity of evaluating possible health effects of antioxidants on human health should also give you pause when presented with sweeping health claims in advertisements and on products touting antioxidant benefits. Consuming an overall healthy diet-as did the Swedish women who were at lowest stroke risk-remains your best strategy for stroke prevention, along with staying active, watching your weight and avoiding tobacco.