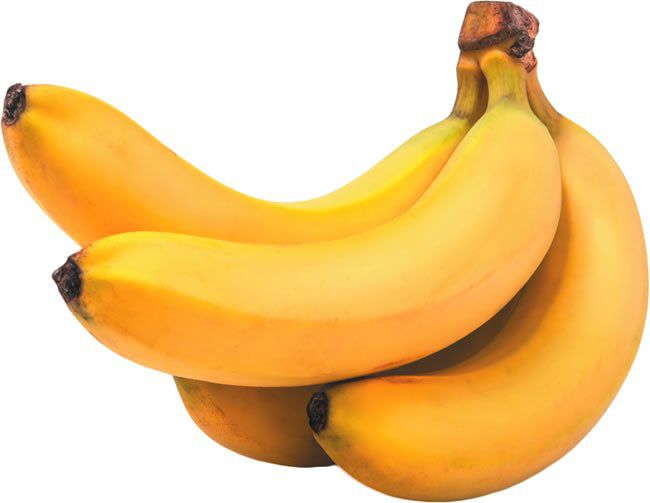 A new analysis of data from the Women’s Health Initiative (WHI) shows that postmenopausal women who consume the most potassium in their diets are at lower risk of suffering a stroke. The association was strongest in women without hypertension. Although the WHI is an observational study, which can’t prove cause and effect, scientists say it provides another reason to boost your potassium intake—especially given that most Americans fall far short of meeting recommended potassium requirements.

“It is important to note that major dietary sources of potassium are vegetables and fruits,” says Alice H. Lichtenstein, DSc, director of Tufts’ HNRCA Cardiovascular Nutrition Laboratory. “The findings of this study indicate women who reported consuming diets rich in vegetables and fruits had lower rates of stroke. There is no indication that taking potassium supplements would impact on stroke rates.”

Most adults should try to get 4,700 milligrams of potassium daily, a target you can reach by consuming more dark leafy greens and other healthy vegetables and fruits. (See box on top right.) Only about 3% of the women in the latest WHI analysis, however, consumed the recommended amount of potassium. Those in the highest one-quarter of consumption reported consuming more than 3,193 milligrams daily, while those in the bottom group had intakes below 1,925 milligrams a day. The average for all participants was just 2,611 milligrams daily.

“Our findings give women another reason to eat their fruits and vegetables,” commented lead author Sylvia Wassertheil-Smoller, PhD, of Albert Einstein College of Medicine. The results were published in the journal Stroke.

POTASSIUM POWER: Researchers analyzed data on 90,137 women, ages 50 to 79 when the study began, who were initially stroke-free. Potassium consumption was calculated from food-frequency questionnaires.

Over an average 11 years of follow-up, women who consumed the most potassium were 12% less likely to suffer a stroke of any kind than those in the lowest-potassium group. Their risk of ischemic stroke, the most common kind, was 16% lower.

“Women with hypertension had a lower total mortality risk with higher potassium intake but no lowered risk of stroke, suggesting that higher potassium intake may be of more benefit before hypertension develops,” Wassertheil-Smoller and colleagues noted. “Healthcare providers, therefore, may wish to reinforce the importance of a potassium-rich diet especially among postmenopausal women.”

VASCULAR HEALTH: Although potassium has been studied as a tool against high blood pressure, especially in combination with reduced sodium intake, that was not key to its anti-stroke association in the WHI study. Instead, researchers said the findings support cell and animal studies showing vascular benefits from higher potassium levels. A further analysis of the WHI data found that women with higher potassium consumption were also at lower risk of small-vessel disease, a condition in which the small arteries in the heart become narrowed.

Previous results testing a protective benefit of potassium against stroke have been mixed. In 2011, a Swedish review of 10 prospective studies found that for every additional 1,000 milligrams per day of dietary potassium, risk of stroke decreased by 11%. (See the January 2012 newsletter.) A 2013 meta-analysis of 22 prior randomized controlled trials found higher potassium intake was associated with a 24% lower risk of stroke. But earlier this year data from the EPIC-Netherlands study showed no link between potassium intake and stroke risk.

“It is important to note that there are many factors contributing to blood pressure and stroke risk,” says Tufts’ Lichtenstein. “Given the other health benefits of diets rich in vegetables and fruits, along with low-fat dairy products and some fish, however, possible stroke protection of potassium can be considered a bonus—and another reason to include more of these foods in your diet.”