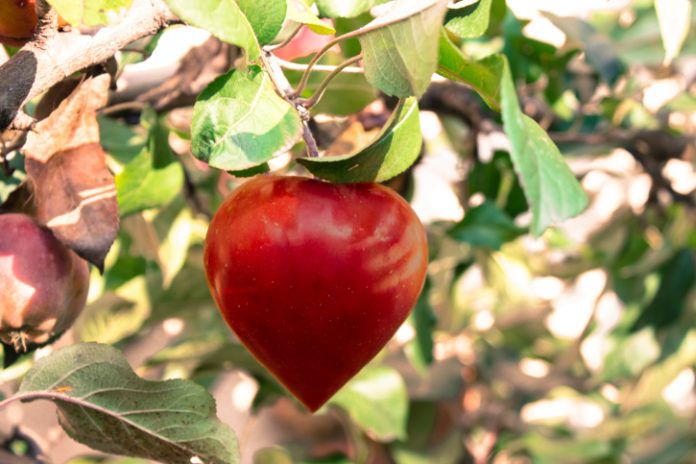 If you think youre too old to bother eating right, a new analysis of nationwide nutrition data says think again. Among 3,884 people age 65 and older, those who scored highest on an index of healthy eating were less likely to die of cardiovascular disease and of all causes during a 13-year followup period.

These findings reinforce the importance of adopting healthy eating habits, comments Helen Rasmussen, PhD, RD, senior research dietitian at Tufts Human Nutrition Research Center on Aging, who helped develop MyPlate for Older Adults (see the February 2012 Special Report). The mortality figures highlight what we do know about aging-that poor nutrition increases vulnerability. As one ages, eating behavior can change due to reduced income, medication that impairs absorption, social isolation and limited access to good food sources. All these factors can affect nutritional status. Older adults need to be mindful that food plays an important part in maintaining health and preventing or postponing disease.

In the new study, Luis Afonso, MD, of Wayne State University, and colleagues looked at dietary data from the third National Health and Nutrition Examination Survey (NHANES), conducted between 1988 and 1994. They calculated participants scores on the US Department of Agricultures Healthy Eating Index (HEI), which measures 10 dietary components (see box). Although the HEI has been modified since it was introduced in 1995, the researchers used the original index to best reflect eating patterns as they were when the NHANES data was collected.

Those who scored 81 or more points on the 100-point HEI scale-just 18% of all participants-were categorized as eating a good diet. Scores of 50 or below were categorized as poor, while those scoring 51 through 80 were grouped as in need of improvement. Overall, the average score was only 68.7.

Dr. Afonso and colleagues noted that previous studies have associated better scores on the HEI with reduced risk of cardiovascular disease and its risk factors. However, these studies evaluated a cohort of healthcare professionals who were mostly in their fifties, the scientists pointed out, in contrast to our study that included a nationally representative cohort of elderly individuals. The average age of participants when they completed the NHANES questionnaires was 73.5.

The Healthy Eating Index (HEI) is a measure of diet quality that assesses conformance to federal dietary guidance. The index summarized here reflects the most recent revision, in 2006, based on the 2005 Dietary Guidelines for Americans. The study described on this page used the original 1995 HEI; a score of 81 or higher was considered good. By comparing how you eat to the goals and points used in the HEI, you can get a rough idea of how your diet compares. All standards, except as noted, are per 1,000 calories; so, for example, on a 2,000-calorie daily diet, youd need to eat 1.6 cups of total fruit to score 5 points. The symbol = means greater than or equal to and = means less than or equal to; equiv. stands for or the equivalent.

Notes: Intakes between the minimum and maximum levels are scored proportionately, except for Saturated Fat and Sodium. Saturated Fat and Sodium get a score of 8 for the intake levels that reflect the 2005 Dietary Guidelines, <10% of calories from saturated fat and 1.1 grams of sodium per 1,000 calories, respectively. Legumes counted as vegetables only after Meat and Beans standard is met. Milk includes all milk products, such as milk, yogurt and cheese, and soy beverages. Healthy oils includes nonhydrogenated vegetable oils (primarily poly- and monounsaturated) and oils in fish, nuts and seeds. Source: USDA To see if a healthier diet correlated to better longevity and lower risk of death from cardiovascular disease, Dr. Afonso and colleagues compared the HEI scores from 1988-1994 to outcomes over an average of 13.4 years. During that span, there were 1,315 deaths from cardiovascular disease and a total of 2,738 deaths from all causes among the original participants.

Older adults who scored 81 or better on the HEI were 37% less likely to die during the followup period than those whose diets scored as poor. Overall, 62% of those with good diets died, compared to 71% in the middle group and 78% in the poor-diet group. Deaths from cardiovascular disease followed a similar if less dramatic pattern, which Dr. Afonso and colleagues said was nonetheless significant: 33% of those in the good group died from cardiovascular disease, versus 34% in the middle group and 36% in the poor group.

The findings, researchers concluded, showed the importance of eating right even in an older population with the chronic health problems often associated with aging. They pointed out, Despite a higher prevalence of comorbidities like hypertension, diabetes, smoking, coronary artery disease and stroke, along with the advanced age in our study cohort, a good (Healthy Eating Index) score was found to reduce the risk of death.

Unlike the Healthy Eating Index, which was developed for the population as a whole, Tufts MyPlate for Older Adultsspotlights the special needs of older Americans, such as:

Although higher scores on the Healthy Eating Index were correlated to reduced risk of dying during the followup period, the HEI may not be a perfect tool to guide the dietary needs of all older adults.

Says Tufts Rasmussen, We have less evidence about what influences nutrition status in the elderly and very elderly than we do in younger populations. If we scan through the food components in the HEI, the scoring system assigns food group serving amounts that have been given as public health recommendations.

She cautions, however, that the 65 years and over population is extremely varied: Individuals who enter the over 65 year group bring with them their own unique health passport, which includes eating habits and physical activity patterns. These factors influence metabolic consequences of aging as well as potentially keeping chronic disease in check.