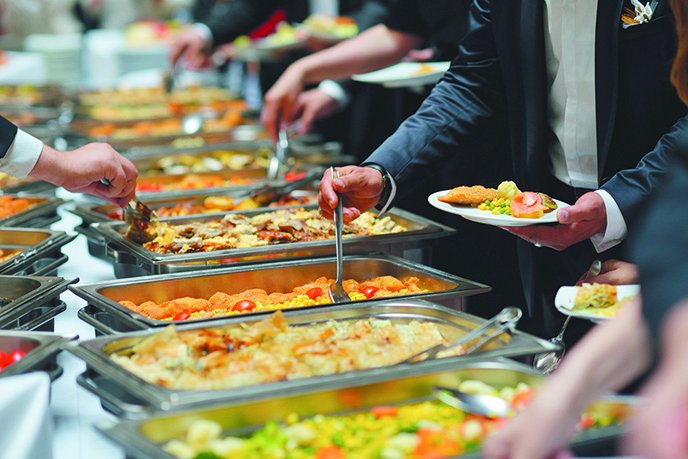 The advice to “eat everything in moderation” has long been popular wisdom, though without much scientific evidence to support it. Now a new study has put that dictum to the test. Greater diet diversity was not associated with better outcomes as measured by waist circumference and risk of type 2 diabetes, and people eating “everything in moderation” the most were more likely to add inches around the middle. Moreover, diet diversity was actually linked to poorer diet quality.

The problem with this traditional dietary advice may be that people apply it equally to healthy and unhealthy foods. Eating a more diverse diet means consuming a greater variety of fruits and vegetables – but also of sugary sodas, cookies, potato chips and cupcakes. Even “in moderation,” such choices contribute to intake of trans fats, sugar, sodium, starch and refined carbohydrates, outweighing the benefits of a variety of healthy foods.

“Americans with the healthiest diets actually eat a relatively small range of healthy foods,” says Dariush Mozaffarian, MD, DrPH, senior author of the study and dean of Tufts’ Friedman School, as well as editor-in-chief of the Tufts Health & Nutrition Letter. “These results suggest that in modern diets, eating ‘everything in moderation’ is actually worse than eating a smaller number of healthy foods.”

What Counts As A Diverse Diet?

Dr. Mozaffarian and colleagues used data from 5,160 participants in the Multi-Ethnic Study of Atherosclerosis who completed food questionnaires. Researchers measured diet diversity three different ways: total count (number of different foods eaten in a week), evenness (the distribution of calories across different foods consumed), and dissimilarity (the differences in food attributes relevant to metabolic health, such as fiber, sodium or trans fat content). They then evaluated how diet diversity was associated with change in waist circumference – an important indicator of central fat and metabolic health – 5 years after the beginning of the study and with onset of type 2 diabetes 10 years later.

The study is believed to be the first to systematically categorize multiple measures of diet diversity and compare them to metabolic health in a multiethnic population. Findings were published in PLOS One.

No associations were seen between diet diversity, when measured by either food count or evenness, and increase in waist circumference or incidence of diabetes. Participants who had the greatest food dissimilarity actually experienced more weight gain around the middle, with a 120% greater increase in waist circumference than participants with the lowest food dissimilarity.

Notably, however, even when looking only at generally healthy foods, diet diversity was no longer harmful but was also of no benefit against waistline spread or diabetes risk. These findings suggest that if a person is eating a healthy diet, greater diversity per se does not necessarily add much.

That explanation aligns with the study’s comparison of diet diversity with diet quality, as measured by adherence to healthy eating patterns such as the Dietary Approaches to Stop Hypertension (DASH) plan and the Alterative Healthy Eating Index (AHEI). Marcia C. de Oliveira Otto, PhD, first author and assistant professor at the University of Texas Health Science Center at Houston, says, “An unexpected finding was that participants with greater diversity in their diets, as measured by dissimilarity, actually had worse diet quality. They were eating less healthy foods, such as fruits and vegetables, and more unhealthy foods, such as processed meats, desserts and soda. This may help explain the relationship between greater food dissimilarity and increased waist circumference.”

“It seems eating a basic healthy diet, rather than a necessarily diverse diet, remains most important,” says Ott.

The Problem with “Everything” in Moderation

As for “eat everything in moderation,” the findings sound a cautionary note about what most Americans consume when choosing a moderate amount of “everything.” Using this popular wisdom as a license to indulge in unhealthy foods can outweigh the advantages of eating a variety of foods that are good for you.

It still makes sense to eat a “rainbow” of different-colored fruits and vegetables, to ensure that you’re getting a full range of vitamins, minerals and phytonutrients. But don’t worry too much if your choices among that healthy “rainbow” are limited by your tastes and budget. There’s nothing wrong with eating broccoli or blueberries several times a week and skipping Brussels sprouts and kiwifruit if that’s what you prefer. Finding a few healthy favorites and sticking with them is better than branching out to eat some of “everything” if that means consuming a “moderate” amount of donuts, chips, fries and double cheeseburgers.