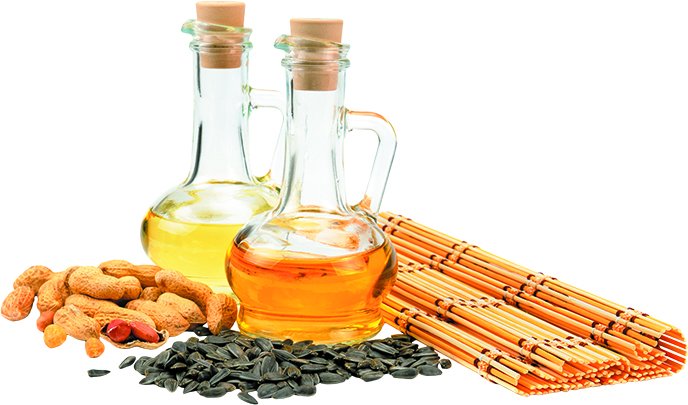 The vast majority of us fall short of meeting vitaminE recommendations. But, that doesn’t mean we have a vitaminE deficiency. Outright vitaminE deficiency is uncommon. And despite shortfalls, the 2015-2020 Dietary Guidelines for Americans did not identify vitaminE as a nutrient of public health concern. That’s because average vitaminE intakes – although below recommendations – aren’t associated with health problems. It may be that the RDA was set too high (the validity of the test used to determine our needs is questioned). Deficiency is most likely in people with conditions that impair fat absorption or certain rare inherited disorders.

Although vitamin E was discovered nearly a century ago, its actions in the body and optimal intake, particularly in chronic disease, aren’t entirely clear. Some people may pop a vitamin E pill to ensure they get enough, but that’s generally not the best (or safest) way to meet your needs. “In some studies, excess vitamin E intake from supplements has been associated with increased overall mortality,” says Angelo Azzi, MD, PhD, a senior visiting scientist in Tufts’ HNRCA Vascular Biology Laboratory who wrote a recent review of vitamin E in Molecular Aspects of Medicine. It’s important to get enough vitaminE, but that doesn’t mean more is better.

Vitamin E is often described as an antioxidant, protecting cells against damage from unstable molecules. However, it’s uncertain how much of vitamin E’s benefits are actually due to antioxidant effects.

“Sometimes the body may shield the antioxidant structure of vitamin E and instead use it for the very important fine regulation of cell functions,” Azzi says. Vitamin E has roles in regulating the expression of genes, combatting inflammation and supporting our immune system, too. Preliminary evidence suggests vitamin E may even help protect against bacterial pneumonia.

“A bacterium called Streptococcus pneumoniae causes one of the most common types of pneumonia in the elderly,” says Elsa Bou Ghanem, PhD, a post-doctoral scholar in the Molecular Biology and Microbiology Department at Tufts University of School of Medicine. “In our study working with cells in the laboratory, we found that vitamin E increased the ability of neutrophils (a type of white blood cell that fights this infection) to kill the bacteria.” The cells were taken from both younger and older adults, and similar effects of vitamin E were found in cells from both groups. The study appears in Frontiers in Cellular and Infection Microbiology.

Evidence of vitaminE pills’ potential to reduce risk of chronic disease is weak. Some observational studies have suggested substantially increasing vitamin E intake by taking a supplement might play a role in prevention of cardiovascular disease and certain cancers. However, clinical trials designed to confirm these findings have failed to do so. And, a few studies have suggested increased health risks associated with high-dose vitamin E supplement usage. It’s uncertain why but warrants caution.

“One reason for different effects of dietary intake of vitamin E versus supplements may be the pace of dosing,” says Dariush Mozaffarian, MD, DrPH, dean of Tufts’ Friedman School. “A major peak dose at one time during the day may have different effects than the same total dose spread out over the course of the day. And, too much vitamin E and other antioxidants from supplements may overly dial down exercise-induced oxidative stress needed to help activate genes that promote insulin sensitivity.” This was shown in a trial published in the Proceedings of the National Academy of Sciences.

So, you can get too much of a good thing. For that reason, use vitamin E supplements only under a doctor’s advice.

VitaminE supplementation (in addition to diet and lifestyle changes) is included in doctors’ treatment guidelines for non-diabetic adults who have biopsy-confirmed liver inflammation and damage caused by fat buildup in the liver (called non-alcoholic steatohepatitis). And, some scientists are investigating whether people with metabolic syndrome – a cluster of risk factors for cardiovascular disease and type2 diabetes – might have increased vitamin E needs. People with metabolic syndrome are at increased risk of fat buildup in the liver.

However, Tufts’ Azzi, who was not involved in the study, reminds us that this finding must be interpreted with caution. “People with metabolic syndrome may have liver damage that diminishes the metabolism of vitamin E and the excretion of its breakdown products,” he explains. So, it would be premature to conclude that people with metabolic syndrome need more vitamin E.

In general, aim to meet your daily vitamin E quota – the RDA for adults is 15 milligrams – from food. This strategy helps safeguard against nutrient imbalances. For example, high intake of vitamin E from supplements may interfere with clotting factors dependent on vitamin K. That may increase risk of side effects like uncontrolled bleeding, particularly in people taking anticoagulants (drugs that inhibit blood clotting) who also have low vitamin K status.

Top vitamin E sources are nuts/seeds and nut butters; vegetable oils, including items like salad dressing and mayonnaise made with oils; and some vegetables (examples above). Small amounts (generally 1 milligram or less per serving) of vitaminE also are found in fruits, whole grains, legumes, eggs, dairy products and fish. Consuming a variety of these foods as part of a healthy eating pattern will help you avoid a vitamin E shortfall.

To learn more: Frontiers in Cellular and Infection Microbiology, May 2017

To learn more: Proceedings of the National Academy of Sciences, May 2009