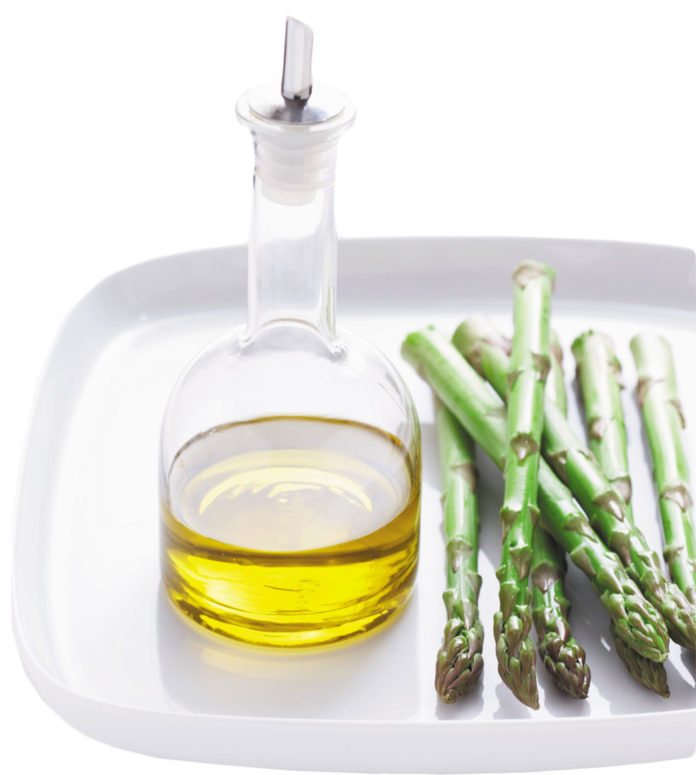 When the American College of Cardiology and American Heart Association released new guidelines for preventing cardiovascular disease in November, the headlines all focused on their controversial recommendations for statin use. Almost lost in the coverage was another set of ACC/AHA recommendations, which looked at diet and physical activity rather than drugs for reducing cardiovascular risk. Whether your physician has prescribed statin medications or not, these Lifestyle Management Guidelines can help protect your heart.
The first line of defense in preventing the development of heart disease should be to adhere to a healthy lifestyle, starting early in life, says Alice H. Lichtenstein, DSc, director of Tufts HNRCA Cardiovascular Nutrition Laboratory and a member of the ACC/AHA expert panel that developed the updated lifestyle guidelines. This includes both consuming a heart-healthy diet and engaging in regular physical activity.

With February designated as American Heart Month, theres no better time to focus on these important steps you can take to reduce your cardiovascular risk.

HEALTHY PATTERNS: The lifestyle-guidelines panel identified critical questions about lifestyle and cardiovascular-disease prevention. They then graded the quality of available research evidence for answers to each question. In making recommendations based on this evidence, the experts emphasized dietary patterns-combinations of foods that differ in macronutrient, vitamin and mineral composition-rather than individual dietary components, such as this nutrient or that food. They looked almost exclusively at data on dietary intakes rather than nutritional supplements.

After this systematic review, the experts developed eight dietary and two physical activity recommendations. Their recommendations are directed at patients with cardiovascular disease risk factors, such as unhealthy cholesterol levels, diabetes, hypertension or pre-hypertension. But that covers a majority of US adults: 33.5% have elevated LDL cholesterol, 11.3% diabetes, 27.3% hypertension and 31% pre-hypertension, with risk increasing with age. All adults, of course, are encouraged to follow heart-healthy nutrition and physical activity recommendations to prevent cardiovascular disease.

CHOLESTEROL CONCERNS: For adults who would benefit from lowering blood (serum) LDL cholesterol levels, the advice is:

The guidelines advise adapting this heart-healthy dietary pattern to appropriate calorie requirements, personal and cultural food preferences, and nutrition therapy for other medical conditions (including diabetes). You can achieve this pattern, the experts add, by following plans such as the DASH dietary pattern, the USDA Food Pattern, or the AHA Diet. (For information on each of these, see <www.nhlbi.nih.gov/health/health-topics/topics/dash>, <myplate.gov> and <www.heart.org>, respectively.) The recommendation was based largely on studies of the DASH plan, which was developed to combat high blood pressure but which has also been shown effective in improving cholesterol.

The evidence for this and the other cholesterol-lowering recommendations is strong, according to the ACC/AHA report.

2. Aim for a dietary pattern that achieves 5% to 6% of calories from saturated fat. For most people, this means cutting saturated-fat intake (see recommendation number three) roughly in half; the current average intake is 11% of calories. That goal is also well below the 10% recommended in the 2010 Dietary Guidelines for Americans, In a 2,000-calories daily diet, 5% to 6% of calories would equal 100 to 120 calories a day from saturated fat. Each gram of fat-regardless of type of fat-contains 9 calories, so that translates to roughly 11 to 13 grams of saturated fat per day, or a little less than the saturated fat in two tablespoons of butter.

In practice, says Lichtenstein, achieving this goal means limiting, as much as possible, sources of animal fat such as meat and dairy.

4. Reduce percent of calories from trans fat. These heart-unhealthy fats are most often made by partially hydrogenating vegetable oils to make them solid and more stable; they are found in commercial baked goods, fried foods and processed or packaged foods. The Food and Drug Administration recently moved to all but eliminate artificial trans fats by ruling them no longer generally recognized as safe (see NewsBites, January). Since 2006, the agency has required labeling of products containing more than half a gram of artificial trans fats per serving.

HELP FOR HYPERTENION: For adults who would benefit from lowering blood pressure, the Lifestyle Management Guidelines recommend:

5. Consume a dietary pattern with the same emphases as that recommended for lowering LDL cholesterol. In addition to studies of the DASH eating plan, studies of various adaptations of a Mediterranean-style dietary pattern have also reported effectiveness against high blood pressure. The anti-hypertension benefits of such dietary patterns are independent of weight and sodium intake (but see below), and are sufficient to prevent progression from pre-hypertension.

For most Americans, the majority of dietary sodium doesnt come from the salt shaker. According to the American Heart Association, up to 75% of the sodium in the average American diet derives from salt added to processed or restaurant food. Tufts Lichtenstein advises taking advantage of the increased availability of reduced-sodium products: Companies are quietly figuring out how to reduce the sodium content of food within there being much of a difference in taste. As more people choose lower sodium foods, that trend will continue.

You should also aim to cook more of your own food, she suggests, to control added sodium, while relying less on processed, packaged and other commercially prepared foods. To save time, cook multiple healthy meals at once and freeze the extra or use for lunch the next day.

7. Take other steps to limit sodium:

The evidence for these recommendations is rated only moderate, according to the expert panel.

8. Combine the DASH dietary pattern with lower sodium intake. The evidence is strong that following the DASH plan plus reducing sodium, together, works even better against high blood pressure than either step on its own.

GET PHYSICAL: For both those looking to lower LDL cholesterol and adults who would benefit from reducing blood pressure, the advice is the same:

The evidence that physical activity alone, not in combination with dietary changes or weight loss, can lower LDL-cholesterol and blood pressure is moderately strong, according to the report. The experts also looked at research on resistance training and blood pressure, but found such evidence limited and inconsistent; moreover, little research has focused on the blood-pressure benefits of combining aerobic activity and resistance training.

Even if you cant yet meet the goal of three to four 40-minute sessions of aerobic activity, the experts repeated the advice of the 2008 federal guidelines on physical activity: Some physical activity is better than none and For most health outcomes, additional benefits occur as the amount of physical activity increases through higher intensity, greater frequency and/or longer duration.

The bottom line, says Tufts Lichtenstein, is that diet and exercise really can make a difference in your cardiovascular health Try making small changes to your diet and physical activity patterns that you feel can become permanent, she advises. Once those are fixed-in, re-evaluate and determine whether you need to do a little more fine tuning. Think in terms of a lifetime, not short term.