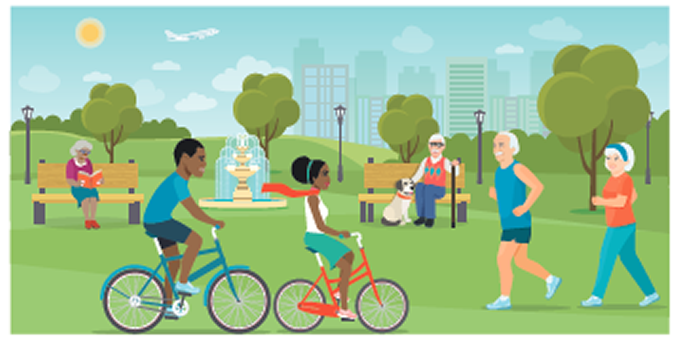 According to a recent British study published in the journal Scientific Reports, spending at least two hours a week outside may be good for one’s health. Nearly 20,000 English people were asked how many hours they spent in natural environments like parks, forests, and beaches in the last seven days; whether they considered their health to be good or poor; and if they felt their well-being was high or low. Those reporting nature contact of at least two hours per week were significantly more likely to report ‘good’ health and ‘high’ well-being compared to those reporting zero. (No additional benefit was seen from spending over 3.5 to 5 hours in nature.)

While this association was seen even in people who did not meet current physical activity guidelines, the authors were unable to fully untangle time spent outside from time spent being active. It is possible that healthier, happier people are simply more likely to spend more time in nature or live in areas with more open space, but the association was seen even for those with long-term illness or disability. In this study, even people who needed to travel outside of their neighborhoods to reach a park or other natural area benefited from regularly spending time in nature.