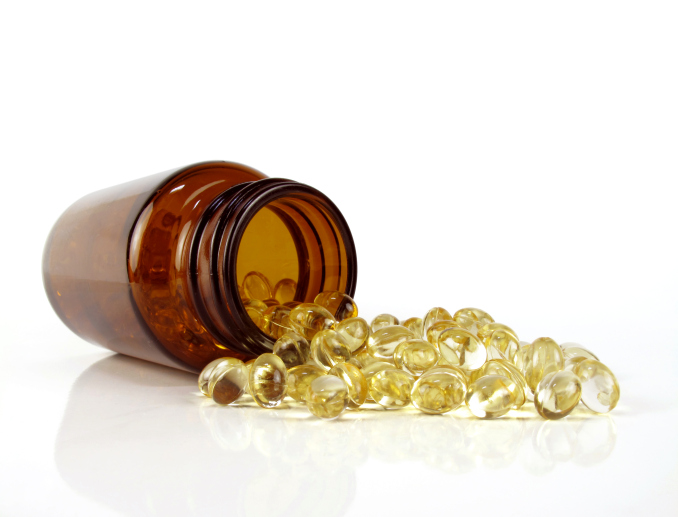 Tufts researchers have identified a surprising factor in diabetes risk that might help keep people with pre-diabetes from developing the disease: vitamin D. In a new study published in Diabetes Care, high-risk patients with the highest blood levels of vitamin D were 28% less likely to develop type 2 diabetes than those with the lowest levels.

Anastassios Pittas, MD, an associate professor at Tufts School of Medicine and an adjunct associate professor at the Friedman School, and colleagues studied 2,039 participants in the Diabetes Prevention Program (DPP), a multicenter trial of strategies to prevent diabetes in people with pre-diabetes. Unlike past studies that measured vitamin D status only once, blood levels of vitamin D were tested multiple times over an average 2.7 years. After adjusting for other diabetes risk factors and for the DPP lifestyle interventions in half the participants, those in the top third of vitamin D status were significantly less likely to progress to diabetes.

The findings are very promising but do not prove cause and effect, Dr. Pittas cautions, and the evidence to support general supplementation with vitamin D for diabetes prevention does not currently exist. There have been numerous previous occasions where highly encouraging data from observational studies led to irrational exuberance and widespread adoption of the intervention which proved premature, as subsequent trials did not confirm benefit (e.g. hormone therapy, vitamin E).

Vitamin D could help ward off diabetes by improving the workings of the pancreas, which plays a key role in the disease. In a 2011 randomized trial published in the American Journal of Clinical Nutrition, Dr. Pittas and other Tufts researchers found that daily supplementation of vitamin D boosted the function of cells in the pancreas that produce insulin. The study of 92 overweight adults with pre-diabetes tested supplementation with 2,000 IU of vitamin D daily versus a placebo. After 10 weeks, those taking vitamin D saw a 26% improvement in functioning of cells in the pancreas called beta cells, while those in the control group experienced a 14% worsening.

Tufts researchers have been on the trail of vitamin Ds possible role in diabetes prevention for several years. Among recent findings, in a study published in Diabetes Care in 2010, Dr. Pittas and colleagues compared vitamin D levels in 608 women newly diagnosed with diabetes to 559 women without diabetes. After adjusting for other factors, those with the highest blood levels of vitamin D were 48% less likely to have developed diabetes than those with the lowest levels.

In a 2011 systematic review published in the European Journal of Clinical Nutrition, Tufts researchers looked at 11 prior randomized trials and 8 observational studies of vitamin D and diabetes. They concluded that vitamin D intake of more than 500 IU daily was associated with a 13% lower risk of diabetes than intake of less than 200 IU daily. People with the highest blood levels of vitamin D were at 43% lower risk of developing diabetes compared to those with the lowest levels.

These promising findings from observational studies about vitamin D and diabetes need to be confirmed in clinical trials, Dr. Pittas says. If the association between vitamin D and diabetes is confirmed, there are important implications because vitamin D is easy and inexpensive to supplement. For now, he adds, it is best to follow the daily recommendations by the Institute of Medicine, which call for 600 units of vitamin D for those under 70 years old and 800 units for those above 70 years old.