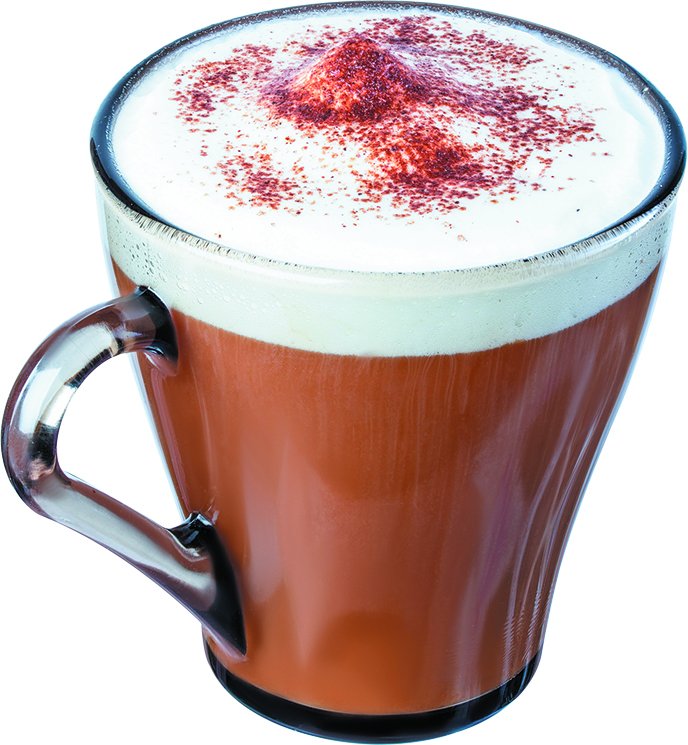 Some people view coffee as a guilty pleasure. But, research suggests drinking coffee may actually have some health benefits. That evidence includes two new, large observational studies of diverse populations published in the Annals of Internal Medicine. Both found drinking coffee was associated with a modestly (less than 20%) reduced risk of dying from various conditions, compared to not drinking coffee.

“This research, which is noteworthy because of the size and diversity of the populations studied, builds on earlier studies that showed modest benefits of coffee on some disease outcomes,” says Jeffrey Blumberg, PhD, a senior scientist in Tufts’ HNRCA Antioxidants Research Laboratory, who was not involved in the research.

“Because the studies were large, the researchers were able to do analyses that helped decrease the likelihood that the benefits associated with coffee were due to factors that weren’t completely accounted for,” adds Paul Jacques, DSc, director of Tufts’ HNRCA Nutritional Epidemiology Program, who was not involved in the research. “That’s especially helpful since the benefits associated with drinking coffee were modest in these studies.”

One of the studies looked at data from more than 185,000 US adults that included African Americans, Native Hawaiians, Japanese Americans, Latinos and whites. The other looked at more than 520,000 adults from 10 European countries, where people prepare coffee in different ways (like instant, drip or espresso, which affects caffeine content). The people were followed about 16 years in each study.

In both studies, people who reported drinking coffee when they enrolled in the research were less likely to have died during the follow-up period than those who didn’t drink coffee. Greater risk reduction generally was associated with daily intakes of 2 to 3 cups or more. The findings were true regardless of ethnicity or where people lived and after adjusting for diet, lifestyle and health status (like smoking and weight). “When you see the same association in every ethnic group like this, that provides some assurance that other factors aren’t interfering with the findings,” Jacques says.

In the US study, coffee drinking was associated with a decreased risk of dying from heart disease, cancer, respiratory disease (like chronic lung disease), stroke, diabetes and kidney disease. In the European study, coffee drinkers had a decreased risk of dying from digestive diseases, including liver disease (men and women) and circulatory diseases, like heart disease and stroke (particularly women).

The researchers also looked at lab tests in a subgroup of the European people and found coffee drinkers had better profiles for markers of liver function (men and women), and for inflammation, blood sugar control and blood lipids (particularly women). “Based on what we understand about the causes of disease, this is consistent with the observation that drinking coffee was associated with decreased risk of dying from diseases related to inflammation and oxidative damage, like heart disease and diabetes,” Jacques says.

“Coffee appeared similarly protective against mortality whether it was regular or decaffeinated, so that suggests other components of coffee may be at work,” Blumberg adds. “Potentially beneficial components (phytochemicals) in coffee include phenolic acids, polyphenols, diterpenes and melanoidins.”

People were only asked about their coffee intake when they entered the studies. But, previous research suggests people have relatively stable coffee habits over time. “Although measuring coffee intake at only the beginning of the research weakens the association between coffee drinking and longevity, that aspect alone is unlikely to create an association that’s not really present,” Jacques says.

Still, remember that observational research like this can’t show cause and effect. “The available evidence indicates that coffee generally is not harmful (in amounts of 3 to 5 cups a day), but it doesn’t prove that there are significant health benefits,” Blumberg says. “I don’t feel that these results suggest that non-coffee consumers should take up coffee drinking or that coffee drinkers should increase their consumption.” If you like coffee, drink it in reasonable amounts—without guilt. But, be mindful of what you add to it (see above). If you don’t like coffee, pass it up.