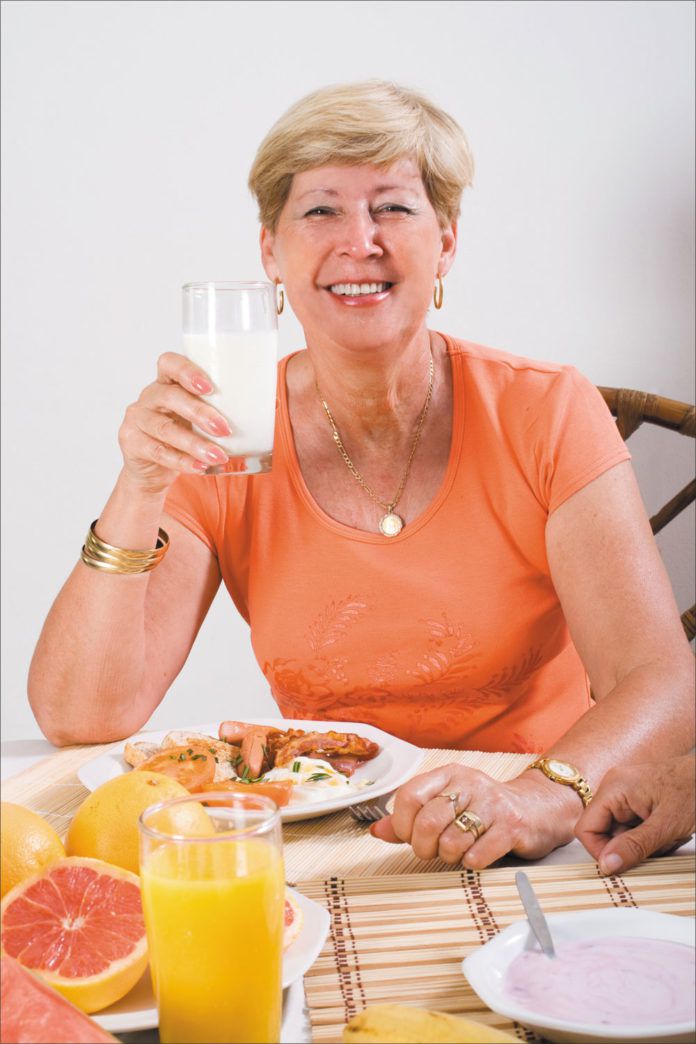 Milk, long touted for helping children and young adults build strong bones, may also help keep the joints connecting those bones working right as you get older. A new study of more than 2,000 patients with knee osteoarthritis reports that greater milk consumption, primarily fat-free or low-fat milk, was associated with reduced progression of the condition. The apparent benefit was seen only in women, however.

The researchers, led by Bing Lu, MD, of Brigham and Womens Hospital and Harvard University, and including Timothy E. McAlindon, MD, MPH, of Tufts School of Medicine, concluded: Our results suggest that frequent milk consumption may be associated with reduced osteoarthritis progression in women. Replication of these novel findings in other prospective studies demonstrating the increase in milk consumption leads to delay in knee osteoarthritis progression are needed.

DIET DATA AND X-RAYS:The study, published in Arthritis Care & Research, collected diet, health and lifestyle data on 2,148 men and women with knee osteoarthritis. Researchers measured the narrowing space between bones in the knee joint-called joint space width (JSW)-with X-rays annually for four years. In women, they found a significant relationship between greater milk consumption at the start of the study and subsequent reduced narrowing in JSW, indicating slower progression of osteoarthritis. Women who averaged seven glasses of milk or more per week experienced only about two-thirds the narrowing of non-milk drinkers. No significant association was observed between milk consumption and JSW changes in men.

Most of the study participants who drank milk consumed low-fat or fat-free milk. No benefit was seen for other dairy products, and cheese was actually linked to increased progression-possibly because of its high fat content.

NUTRIENTS FOR KNEES: Some sources, such as the vegan-promoting Physicians Committee for Responsible Medicine, have suggested that proteins in dairy products may irritate joint tissues and worsen arthritis. But the Arthritis Foundation