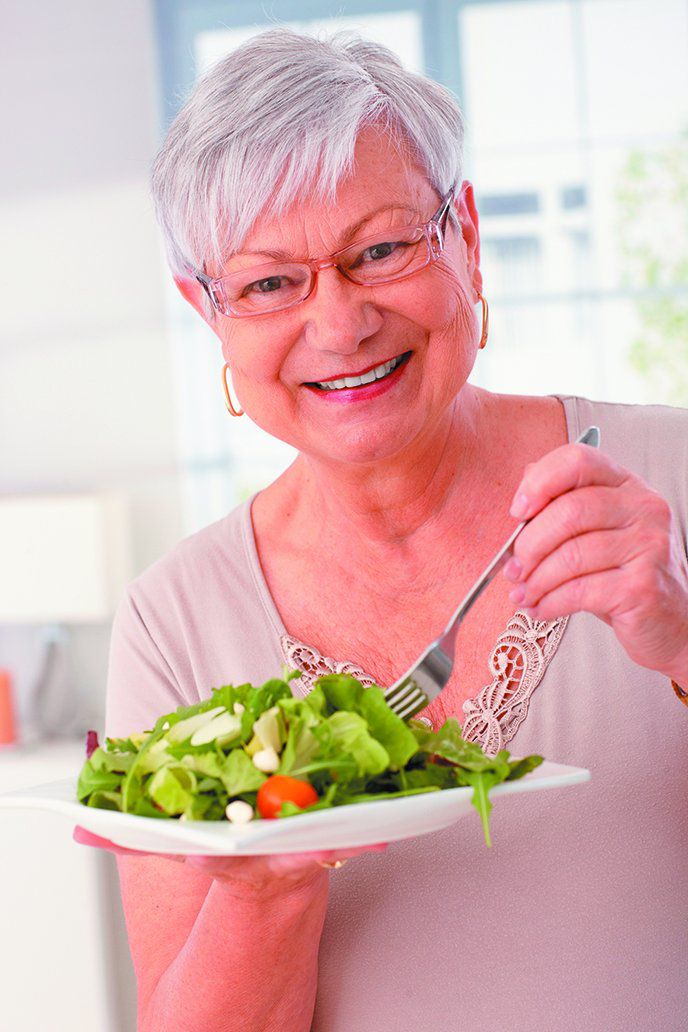 Whether your knees ache when you climb stairs or it hurts to bend down to tie your shoes, arthritis can be a real pain. There is no easy fix for osteoarthritis, the most common type of arthritis and the focus of this article. In this condition, cartilage (the covering on ends of bones) erodes, and the protective joint space between bones decreases. Pain, inflammation and reduced mobility can result. Arthritis is more common with age, but there are ways to fight back.

The most important modifiable risk factor for the development and progression of arthritis, particularly in weight-bearing joints such as knees and hips, is obesity. “Research suggests a restricted-calorie diet for weight reduction or weight management and regular exercise – particularly in combination, rather than alone – are the most effective strategies for reducing arthritis-related symptoms and functional limitations,” says Jeff Driban PhD, an assistant professor in the division of rheumatology at Tufts University School of Medicine.

“For every pound of excess weight you lose, you’re losing several pounds of loading on knee and hip joints,” Driban says. “Studies suggest a 5% to 10% weight loss can produce a significant improvement in arthritis symptoms.” The more excess weight lost, generally the more that pain and physical function, such as walking, improve.

“Obesity increases inflammatory pathways in the body, and weight loss is associated with reduction in certain inflammatory compounds,” Driban says. “So, we suspect in the future we’ll find that weight loss and weight management also will have beneficial effects for non-weight-bearing joints in the upper extremities, such as hands.” In observational studies, obesity has been associated with increased risk of hand arthritis.

This eating pattern features whole grains, vegetables, fruits, legumes, nuts, fish and olive oil. Recent research suggests it may support joint health. Scientists analyzed data from 4,358 U.S. men and women, average age 61, who participated in the Osteoarthritis Initiative and who already had or were at high risk of arthritis. As reported in Clinical Nutrition, closer adherence to a Mediterranean diet was associated with a 17% lower probability of knee arthritis, compared to those with lower adherence to the diet, even after adjusting for body mass index (BMI) and physical activity. A separate analysis of data from the same population showed closer adherence to a Mediterranean diet was associated with less knee pain and disability.

Certain dietary fats may support joints. “In a large observational study, we found that higher intake of saturated fat was associated with greater arthritis progression in the knees over four years of follow-up, while higher intake of monounsaturated and polyunsaturated fats was associated with reduced arthritis progression, as shown by structural changes on X-rays,” Driban says.

You’ll find greater proportions of polyunsaturated and monounsaturated fats in vegetable oils, such as soybean, canola and olive oils, as well as in nuts, seeds, avocados and fatty fish (salmon or tuna). Consume these healthy fats and fat sources in place of less healthy fats—not in addition to your normal diet.

“Our observational research suggests that among women, frequent milk consumption [most drank fat-free or low-fat] and higher dietary calcium intake may be associated with a slower rate of arthritis progression,” Driban says. “However, it could be that milk intake is just an indicator that a person has a healthier diet in general, which may slow arthritis progression.”

Milk is also typically fortified with vitamin D. “Observational research has suggested vitamin D may help in arthritis management,” Driban says. “However, three clinical trials have recently looked at vitamin D and arthritis, including one in our group, and they all showed no benefit of vitamin D supplementation for patients with knee arthritis, as far as improving symptoms or slowing structural progression.” Even so, it’s important to prevent deficiency, such as by drinking fortified milk and eating salmon.

In short, consuming a healthful, nutrient-rich eating plan and managing your weight are the best-known dietary ways to be good to your joints.

Q&A ON GLUCOSAMINE AND CHONDROITIN

Q. What are they?

It’s doubtful that glucosamine and chondroitin supplements, alone or combined, help arthritis. A recent observational study by Timothy E. McAlindon, MD, MPH, at Tufts Medical Center, and colleagues using data from the Osteoarthritis Initiative found that self-reported use of glucosamine and chondroitin (typically combined) for three years did not appear to relieve symptoms or slow disease progression in people with knee arthritis confirmed by X-rays. This is consistent with recent systematic research reviews of the supplements and independently-funded long-term clinical trials, which have shown minimal or no benefit compared to placebo pills.

Q. Are they safe?

They have a good safety profile but precautions are warranted, where relevant. Glucosamine and chondroitin may interact with the blood thinning drug warfarin. Also, emerging evidence suggests glucosamine may cause a rise in intraocular pressure in eyes – a risk factor for glaucoma. Discuss supplements with your doctor.