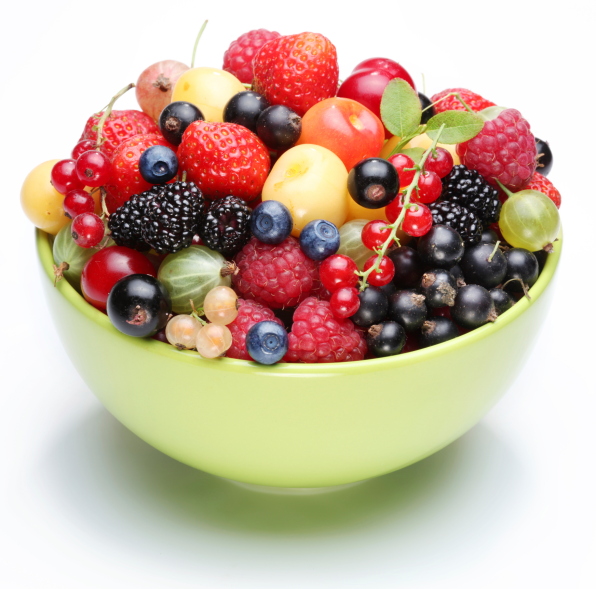 Those berries adorning your breakfast cereal or topping your yogurt may be doing more than merely adding fruity flavor to your day. A bunch of new research suggests that blueberries, strawberries, grapes and other berry fruits could help protect your brain from decline with aging.

In a review of the scientific evidence published in the Journal of Agricultural and Food Chemistry, Marshall G. Miller and Barbara Shukitt-Hale, PhD, of Tufts USDA-HNRCA Neuroscience and Aging Laboratory note, A growing body of preclinical and clinical research has identified neurological benefits associated with the consumption of berry fruits. In addition to their now well-known antioxidant effects, dietary supplementation with berry fruits also has direct effects on the brain. Intake of these fruits may help to prevent age-related neurodegeneration and resulting changes in cognitive and motor function.

Some of the latest research, the Tufts scientists point out, focuses on beneficial effects of berry fruits on the ways that neurons in the brain communicate. By boosting the brains signaling functions, berries may prevent damaging inflammation in the brain and protect cognition and motor control.

At least some of berries brain-protective power appears to derive from antioxidant flavonoid compounds called anthocyanins, which give the fruits their vivid red, purple and blue colors. These anthocyanins are found in berry fruits including blueberries, strawberries, raspberries, blackberries, bilberries, huckleberries and cranberries, as well as grapes and currants.

The case for berries brain benefits was also recently bolstered by a study the authors call the largest and longest of its kind. Elizabeth Devore, ScD, of Brigham and Womens Hospital, and colleagues analyzed data on berry consumption among 16,010 women age 70 and older participating in the Nurses Health Study. The women completed dietary questionnaires every four years beginning in 1980, prior to cognitive testing; they were tested for memory and other cognitive function every two years between 1995 and 2001.

Berries may also be good for your blood vessels, according to laboratory tests in Finland. Researchers fed lingonberry, cranberry and blackcurrant juice to rats specially bred to develop high blood pressure. All three juices were associated with reductions in compounds linked to inflammation. Lingonberry juice was also linked to significant improvements in biomarkers associated with damage to cells thought to contribute to atherosclerosis. The positive effects cant be linked to a single phenolic compound in the juices, scientists noted, although several such antioxidant compounds have been shown to have anti-inflammatory benefits. Overall, researchers concluded that lingonberry juice appears to be the most effective of the tested juices.

TO LEARN MORE: Journal of Functional Foods, April 2012; abstract at dx.doi.org/10.1016/j.jff.2012.02.010. Publishing their findings in Annals of Neurology, Devore and colleagues found that women who consumed two or more half-cup servings of strawberries or one or more half-cups of blueberries per week saw slower mental decline-equivalent to up to two and a half years of delayed cognitive aging. Intakes of anthocyanins and total flavonoids were also associated with slower cognitive aging.

What makes our study unique is the amount of data we analyzed over such a long period of time. No other berry study has been conducted on such a large scale, says Devore. Our findings have significant public health implications, as increasing berry intake is a fairly simple dietary modification to reduce memory decline in older adults.

The study was funded by grants from the National Institutes of Health and the California Strawberry Commission. The study was independently controlled by the investigators who performed the data analysis.

Such epidemiological studies, even when conducted with large populations over long periods of time, cant prove cause and effect. So berry boosters also took note of a new randomized clinical trial conducted by researchers from the University of Cincinnati and grape-juice producer Welch Foods. Robert Krikorian, PhD, of the universitys Academic Health Center, and colleagues tested Concord grape juice versus a placebo beverage on 21 volunteers. Participants, average age 76, were already suffering mild cognitive impairment.

The amount of juice varied with the weight of participants, so a 120-pound person received 12 ounces daily while a 200-pound participant drank 21 ounces a day. After 16 weeks, those in the grape-juice group scored better on tests of memory than those drinking the placebo. MRI testing showed greater activation in key parts of the brain among the grape-juice group, suggesting increased blood flow.

Writing in the Journal of Agricultural and Food Chemistry, the researchers concluded, The findings provide further indications that polyphenol-rich Concord grape juice supplementation has benefit for neurocognitive function in older adults with mild memory decline.

Tufts Shukitt-Hale says of the latest results, It was exciting to see that what we have been finding over the years in terms of beneficial effects of berry fruit in animal models translated to beneficial effects in humans, and that adding these fruits to your diet can help preserve memory function as we age.