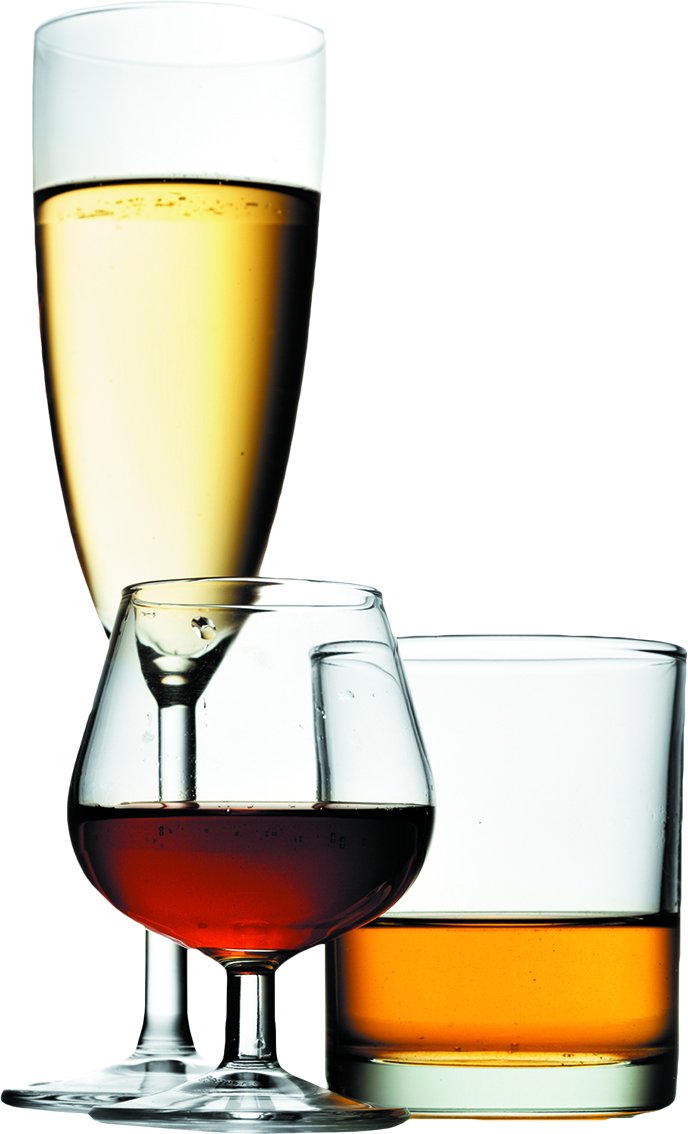 For years we’ve heard that drinking wine and other alcoholic beverages in moderation may be good for our heart. The majority of alcohol’s cardiovascular benefits have been attributed to its association with higher levels of HDL (good) cholesterol, which helps protect artery health. But how does alcohol affect your HDL over the long term, and does it matter what kind of alcoholic beverage it is? A large, long-term observational study published recently in the American Journal of Clinical Nutrition (AJCN) aimed to find out.

“This study allowed us to assess changes in HDL cholesterol levels over time (on average, a six-year period), rather than just comparing HDL in low, moderate and high alcohol consumers at one time point or looking at the effects of short-term changes in alcohol intake,” says Alice H. Lichtenstein, DSc, a coauthor of the study and director of Tufts’ HNRCA Cardiovascular Nutrition Laboratory. “It also allowed us to parse out the effects of different types of alcohol-containing beverages.”

To look at the association between alcohol intake and HDL cholesterol levels over time, the scientists analyzed data from 71,379 Chinese adults (average age, 50) participating in the ongoing Kailuan study. The people filled out a survey about their alcohol intake at the study start. Their HDL and other lipid levels were checked every two years.

“Most studies show people have a gradual decline in HDL as they get older,” says Xiang Gao, MD, PhD, the senior author of the AJCN study and an associate professor and director of the Nutritional Epidemiology Lab at Penn State University in University Park. “People in our study who reported moderate alcohol intake had a slower decline in HDL compared with people who said they never drank or were heavy drinkers. Based on what we know from other research, the difference in HDL decline (3.94 mg/dL less over the six-year period) between moderate and never drinkers that we observed would be associated with a 13% decreased risk of cardiovascular disease in moderate drinkers.”

The findings held true after adjusting for age, sex, physical activity, obesity and other factors that could influence HDL levels. It’s possible moderate drinkers also had healthier diets and lifestyles, but this wasn’t directly assessed. Only people initially free of cancer and cardiovascular disease (and not taking cholesterol drugs) were enrolled in the study.

Why is HDL Cholesterol Good?

HDL, a lipoprotein, is called the “good” cholesterol because it helps prevent cholesterol from building up in the arteries.

HDL carries cholesterol from the arteries to the liver. From there, cholesterol is used to make bile acids (which facilitate fat digestion) and new lipoproteins, or is excreted in the stool.

Moderation is Key to Drinking for Good Cholesterol

A moderate intake of alcohol, rather than too little or too much, may provide the most cardiovascular benefit. Gao explains that the decline in HDL in moderate drinkers (defined as 0.5-1 serving for women and 1-2 servings for men, daily) averaged 0.22 mg/dL per year, compared with 0.89, 0.38 and 0.34 mg/dL annually in people who had never drank, only drank in the past or were light drinkers, respectively.

Reporting drinking more than a moderate level of alcohol erased much of the benefit. Heavy drinkers showed an average 0.55 mg/dL decline in HDL per year. High intake of hard liquor was associated with the biggest decline in HDL.

What is Moderate Drinking?

Averaging this — such as two drinks one day and zero the next — doesn’t count as one per day. The American Heart Association deﬁnes one drink as:

*Such as gin, rum, vodka or whiskey.

Why Does Alcohol Increase HDL Cholesterol?

The scientists consistently observed protective effects on HDL from moderate intake of all types of alcoholic beverages. “That suggests it’s probably due to a common component, which could be the alcohol,” Gao says. “Other components, such as flavonoids, could also have a role. However, hard liquor has only a very small amount of flavonoids and other phytochemicals. Overall, most studies suggest the beneficial effects of alcoholic beverages on HDL cholesterol are due to the alcohol itself.”

Beer, rather than wine, was associated with the strongest effect on preserving HDL levels. However, only a small portion of the group reported drinking wine, so the results should be interpreted with caution.

Notably, it’s uncertain how the findings would compare in US adults, and the observational data aren’t capable of proving cause and effect. A clinical trial to look at this isn’t feasible. But in recent years scientists have been looking at heart health in people with genetic variants that make it unpleasant to drink (with side effects like nausea and facial flushing), thus leading them to avoid alcohol or drink very little. Studies have shown that these people have lower heart disease risk than people without such genetics. So, this challenges the idea that moderate alcohol intake may be protective for heart health.

No research suggests you should start drinking to decrease your risk of heart disease. The risks of addiction and overconsumption are significant, with additional risks for women who may become (or who are) pregnant. Over the long run, drinking more than two drinks a day could result in increased inflammation, high blood pressure, high triglyceride levels and liver disease. Alcohol intake (even in moderate amounts) also may increase risk of breast, colorectal and some other cancers and may contribute to falls and injuries. Alcohol can interact with some drugs, too.

“In addition to alcohol, there are other ways to preserve HDL cholesterol levels as we age,” Tufts’ Lichtenstein says. “These include achieving and maintaining a healthy body weight, engaging in regular physical activity, replacing refined carbohydrate with unsaturated fat and avoiding use of tobacco products. These lifestyle behaviors not only are good for heart disease, but other chronic diseases as well.”

And of course, if you already drink, keep it in moderation.