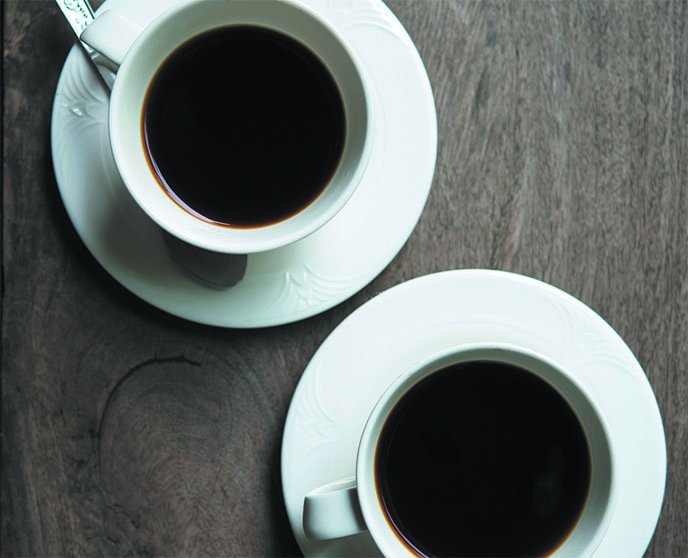 Scientists may now better understand at least one way in which coffee could help to protect against cardiovascular disease. A large new Korean study reports that people drinking three to five cups of coffee daily were 41% less likely to show signs of coronary artery calcium than non-coffee drinkers. This calcification is an early indicator of the artery-clogging plaques (atherosclerosis) that cause coronary artery disease, which afflicts nearly 16 million Americans. (See “Take Charge” on right.)

“I found this report to be quite interesting because coronary artery calcium is a subclinical marker of atherosclerosis, evident even in asymptomatic young adults,” comments Jeffrey Blumberg, PhD, director of Tufts’ HNRCA Antioxidants Research Laboratory, who has studied the health effects of the phytochemical compounds in coffee. “This study is also useful because there has been little previous information on coronary artery calcium and coffee, and the study has strength because of its large sample size.

“On the other hand,” Blumberg cautions, “this is a cross-sectional study and so has marked limitations with regard to inferring causality. It is also worth noting that this study was conducted in Korea, which has a different dietary pattern than Western countries.”

The findings should in any case perk up coffee drinkers, many of whom grew up hearing that their favorite beverage was bad for you. The recent report of the 2015 Dietary Guidelines Committee (see the May newsletter) for the first time addressed safety concerns about coffee, concluding that drinking three to five cups a day (up to about 400 milligrams of caffeine) was associated with minimal health risks. The experts also noted observational studies indicating that coffee intake is associated with lower risk of type 2 diabetes and cardiovascular disease.

ENOUGH, NOT TOO MUCH: The new Korean study, published in Heart, may help explain one mechanism by which coffee benefits the cardiovascular system. Previous studies, the researchers noted, have linked coffee consumption to improved insulin sensitivity and reduced oxidation of LDL cholesterol (oxidation makes these particles more dangerous). Findings on coffee and coronary artery calcium, however, have been mixed, possibly because prior studies had a lag time of seven to eight years between measures of coffee intake and subsequent calcification.

Yuni Choi, MD, of Sungkyunkwan University, and colleagues assessed coffee intake among 25,138 participants, average age 41.3, with no symptoms of heart disease. The study group, a majority of whom were male, averaged 1.8 cups of coffee a day. At the same time, participants underwent CT scans to measure coronary artery calcium. Overall, even though the study group was relatively young, 13.4% showed signs of at least some calcification.

People who reported drinking an average of three to five cups of coffee a day were least likely to have calcification. Risk fell with increasing consumption from less one cup a day to one to three cups, to three to five cups—a “dose-response” pattern that lends credence to the findings. But people drinking more than five cups of coffee daily actually saw greater risk than moderate coffee drinkers, a trend researchers could not explain.

The associations between moderate coffee consumption and reduced coronary artery calcium risk persisted even after adjusting for a variety of other variables. Coffee drinkers at all levels of consumption were at lower risk than non-coffee drinkers. The study did not differentiate between regular and decaf coffee.

POUR CHOICES: Should these and other findings about coffee’s health benefits lead non-coffee consumers to take up the habit? Tufts’ Blumberg says, “There are many healthy beverages from which to choose, including water, tea and fruit juices. While it now appears that coffee can fit into this group, if you do choose to drink coffee, go easy on the cream and sugar, whose saturated fat and calories can outweigh any possible benefits.” Coffeehouse concoctions, too, can be more like drinking a milkshake than sipping plain coffee.

Coronary artery disease (CAD) is the number-one killer of Americans, claiming half a million lives annually, most commonly by causing a heart attack. But many people have never heard of it. Youre probably familiar with hardening of the arteries, or atherosclerosis; CAD occurs when atherosclerosis affects the vital arteries of the heart itself. CAD causes coronary heart disease (CHD), a term thats often used interchangeably.

In CAD, a waxy substance called plaquea combination of LDL cholesterol and the bodys response to itbuilds up in the coronary arteries. Though only one factor in arterial health, plaques can cause blood clots and blockages, leading to chest pain (angina) and heart attacks.

Coronary artery calcium scores can detect early signs of CAD, because calcium contributes to the artery-clogging plaques. Dietary calcium is not a concern for CAD risk, however.