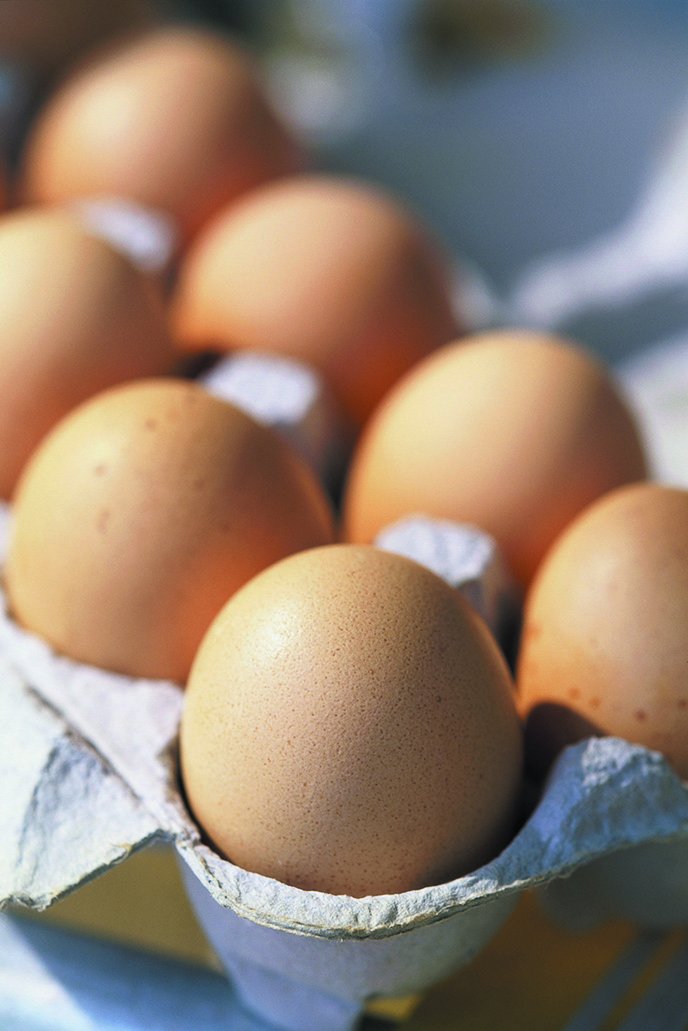 Eating eggs occasionally probably won’t raise your risk of heart attack, stroke or heart failure. That’s the latest good news for egg lovers from a Swedish study following two large groups of men and women for 13 years. Only men who averaged one egg a day or more saw any increased risk – a greater incidence of heart failure – and researchers said even those findings could be due to chance.

“This should not give anyone license to eat as many eggs as they want,” cautions Alice H. Lichtenstein, DSc, director of Tufts’ HNRCA Cardiovascular Nutrition Laboratory. “What the data does suggest is that for most people an couple of eggs every other day, without their frequent partners, bacon or sausage, can be enjoyed. The qualification is some people are very sensitive to dietary cholesterol, so those individuals need to check with their doctor before making a change in their diet.”

Last year, Lichtenstein served as vice-chair of the Dietary Guidelines Advisory Committee (DGAC), which reviewed the scientific evidence as part of the process leading to revising the Dietary Guidelines for Americans. (See “5 Things Nutrition Experts Want You to Know”.) The committee concluded that cholesterol in foods such as eggs is not the main culprit in unhealthy blood cholesterol levels, except at very high intakes. Its report called for updating longstanding advice to limit cholesterol to 300 milligrams a day – less than the amount in two eggs.

Are Eggs Bad for Your Heart?

That recommendation is further supported by the study from Sweden’s Karolinska Institute, published in the American Journal of Clinical Nutrition. Susanna C. Larsson, PhD, and colleagues used data on 37,766 men from the Cohort of Swedish Men and 32,805 women from the Swedish Mammography Cohort. They compared egg consumption at the study’s start, based on food questionnaires, with subsequent reports of heart attack, stroke and heart failure. (A chronic, progressive condition in which the heart can’t pump enough blood to keep up with its workload, heart failure is the leading cause of hospitalization among older Americans.)

The reason for the gender difference was unclear and could be a chance finding due to the overall low heart-failure incidence among women in the study, researchers said. Another possibility they suggested is that men might be fonder of eating bacon with their eggs. Although the study controlled for total processed-meat intake, there was no data specifically on bacon.

The Nutritional Benefits of Eggs Are Many

Some research has suggested people with diabetes are more sensitive to dietary cholesterol than others, so the study also looked for differences in cardiovascular risk and egg consumption among participants with diabetes. But diabetes status made no difference in the results, possibly because of the low prevalence of the condition in the study populations.

As a population study, the research was not designed to prove cause and effect. Nonetheless, the findings should offer reassurance to egg eaters. As researchers noted, eggs are a rich source of protein, the carotenoid compounds lutein and zeaxanthin, and many vitamins.

But Lichtenstein adds, “For those people who have developed a taste for egg-white omelets, there is no reason to give them up and switch to whole eggs.”