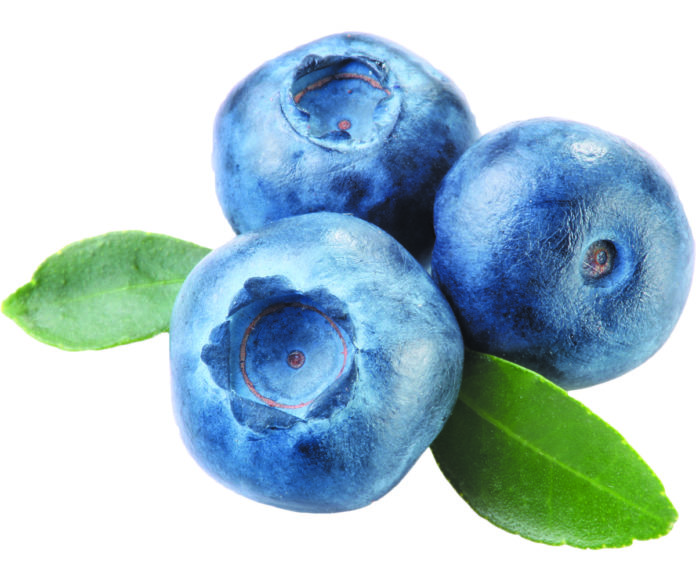 A pair of randomized, controlled trials-considered the gold standard for scientific research-have linked eating blueberries to improved blood-vessel function. Jeremy Spencer, PhD, of the University of Reading in England, and colleagues reported in the American Journal of Clinical Nutrition: Our data suggest that consumption of blueberries at dietary intakes may have public health relevance in maintaining circulatory function.

But before you break the bank stocking up on blueberries, which can be pricey when bought fresh (especially out of season), Tufts expert Jeffrey Blumberg, PhD, emphasizes another section of the researchers conclusions:

Furthermore, such an intake of polyphenols need not be restricted to blueberry alone but may be achieved through the intake of other berries and anthocyanin-rich foods and beverages. With regard to the higher intakes reported in the current study, we suggest that these intakes are most likely through novel, functional foods and beverages in which polyphenols have been incorporated.

Polyphenols are a type of naturally occurring plant compounds. Among the most important subgroups of polyphenols in nutrition research are flavonoids, which include plant pigments (such as those that give blueberries their distinctive color) and other compounds that protect plants from microbes, fungi and insects.

From a broader perspective, says Blumberg, director of Tufts HNRCA Antioxidants Research Laboratory, this study reflects the growing body of evidence that phytochemicals, particularly the flavonoids (from berry fruit as well as green tea, dark chocolate, red wine, etc.), can contribute importantly to promoting health and, possibly, to reducing the risk of major chronic diseases like heart disease and cancer.

TESTING ELASTICITY: The two clinical trials, conducted by Spencer and scientists from several European universities, tested the effects of blueberry flavonoids on the function of the cells lining blood vessels (endothelial cells) in 21 healthy men. In the first study, researchers investigated changes in the elasticity of blood vessels, a measure called flow-mediated dilation (FMD), following different doses of blueberry flavonoids. They measured FMD at intervals up to six hours after the men were given either a blueberry drink or a control beverage with no flavonoids. Blood-vessel elasticity improved both one to two hours after consumption and again at six hours, compared to the control drink.

Doses of flavonoids in the first study ranged from the equivalent of eating from 3.5 ounces to 8.5 ounces of blueberries. The higher amounts did not significantly further increase blood-vessel elasticity.

The second clinical trial, which also measured blood levels of compounds (metabolites) derived from flavonoids, sought to confirm the causal relationship and understand the biological activity behind the vascular benefits. As levels of flavonoid-derived compounds rose, so did blood-vessel elasticity. In this case, higher doses did boost FMD even more, but only up to a point; after a dose equivalent to 8.5 ounces of berries, the effect plateaued.

BERRIES AND BIOLOGY: The study also suggested how flavonoids might work to improve blood-vessel function. By inhibiting an enzyme that reduces nitric-oxide levels in the bloodstream, the flavonoid metabolites might boost the availability of nitric oxide, which dilates blood vessels.
Spencer and colleagues added, Although studies of the long-term consumption of blueberry consumption on FMD are needed, this latest study provides additional evidence for the positive effects of blueberries on maintenance of heart health.

And dont limit yourself to blueberries, Blumberg advises. Other berries, green tea, dark chocolate and other high-flavonoid foods continue to show health benefits, ranging from protecting your heart to keeping your brain sharp.