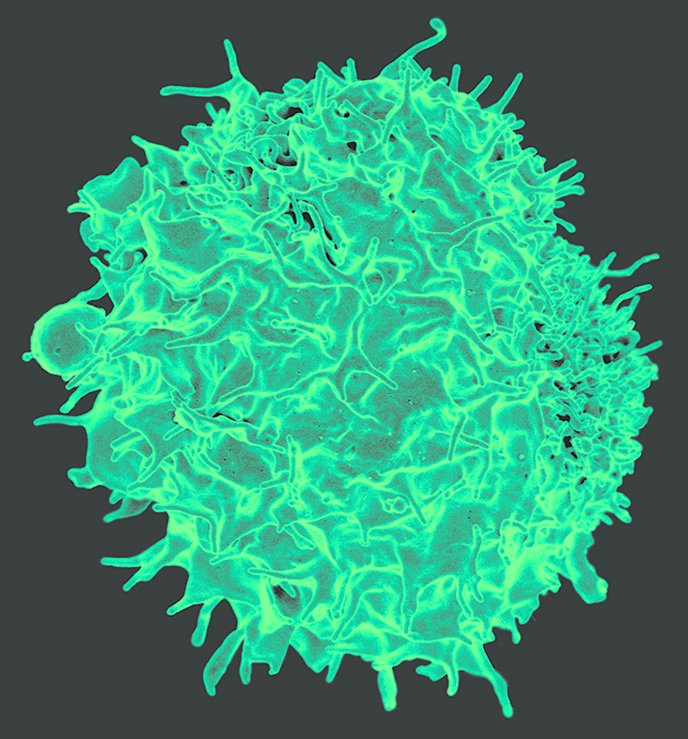 Your immune system weakens as your body ages, making older adults more susceptible to infections. But the mineral zinc may play an important role in staving off such infections. Previous research at the Jean Mayer USDA Human Nutrition Research Center on Aging (HNRCA) at Tufts has shown that 30% of nursing-home residents have low blood levels of zinc, and that those low in zinc were at significantly higher risk of pneumonia.

Now a new study, published in the American Journal of Clinical Nutrition, tests whether extra zinc can improve older adults’ immune systems. It found that zinc supplementation was associated with enhancement of the function and numbers of T-cells. This special type of white blood cell is of key importance to the immune system: T-cells target and destroy invading pathogens.

“This strongly suggests that ensuring adequate zinc consumption by older adults could have a significant impact on reducing the incidence of and morbidity from infection, which is a major public health problem in older adults,” says the study’s lead author, Simin Nikbin Meydani, DVM, PhD. She is the director of the HNRCA, and senior scientist and director of its Nutritional Immunology Laboratory.

ZINC VS. PLACEBO: The small double-blind, placebo-controlled trial involved 25 adults age 65 or older from three Boston-area nursing homes. Participants had baseline blood levels of zinc that ranged from moderately to very zinc-deficient. They were given either a daily multivitamin with 30 milligrams of zinc or a placebo (a multivitamin with only 5 milligrams of zinc) for three months.

Blood levels of zinc in the treatment group increased by 16%, compared to just 0.7% in the control group. Meydani says, “On average, zinc supplementation measurably improved serum zinc levels in these older adults, with most participants achieving serum zinc levels considered to be adequate.” Participants in the treatment group whose levels were measured as substantially zinc-deficient at baseline did not see an increase to normal levels during the three-month trial, however.

“Having a positive response to zinc supplementation may take some time in people who have been highly zinc deficient,” says first author Junaidah B. Barnett, MCH (N), PhD, a scientist in the Nutritional Immunology Laboratory. “We need to better understand how much supplementation is needed for certain people, and for how long a period, so that more refined recommendations can be made.”

T-CELL INCREASE: As for the immune system, researchers found that zinc supplementation improved the function of T-cells as determined by their ability to proliferate in response to stimuli that mimicked infections. As zinc levels in the blood increased, so did the number and function of T-cells. Zinc supplementation increased both the number and effectiveness of T-cells in the treatment group at a much higher rate than the control group.

Some researchers suspect that older adults do not absorb or use zinc as efficiently as others, though not all need supplements. In addition, while zinc levels in the blood are a commonly used measure to evaluate zinc deficiency, this test might not accurately reflect cellular zinc status. Some cells might exhibit low zinc levels, which affects their function, even when blood zinc levels are normal.

Zinc is found in a wide variety of foods, including shellfish, pork, red meat and poultry. Good plant sources of zinc include nuts and seeds (cashews, sunflower seeds, pine nuts, peanuts, pumpkin seeds), legumes (adzuki beans, chickpeas, soy, brown/green lentils) and whole grains (wild rice, oatmeal, amaranth). Zinc is also found in fortified breakfast cereals and is common in multivitamins. The Office of Dietary Supplements of the National Institutes of Health notes that zinc deficiency is rare in North America, but that some groups of people are more likely to have trouble getting enough zinc, including those with digestive disorders and vegetarians. The RDA for adult men is 11 milligrams a day and for most adult women is 8 milligrams a day. Too much zinc (the upper limit for adults is 40 milligrams a day) can be harmful.