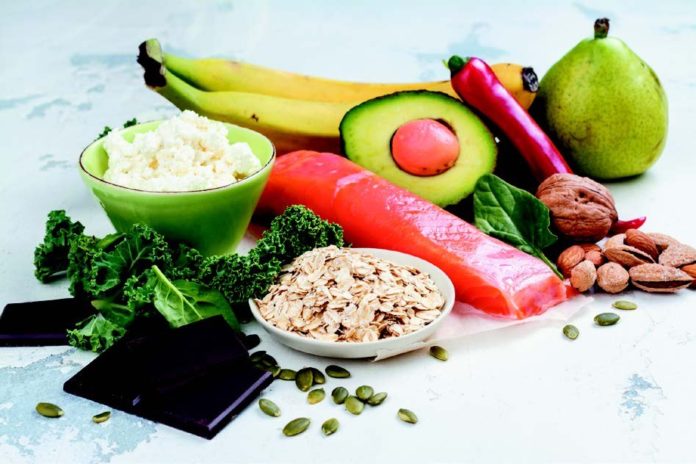 According to the World Health Organization (WHO), depression is the leading cause of disability worldwide, affecting more than 300 million adults and children. While to date there is no specific diet proven to prevent or cure this condition, research indicates that decreasing depression risk may be yet another reason to aim for a healthy dietary pattern.

The Diet Link: A recent randomized clinical trial published in the journal Clinical Nutrition found a significant decrease in depression in 39 older adults with moderate to severe depression and low vitamin D levels after eight weeks of vitamin D supplementation. While some studies, like this one, have suggested an association between specific nutrient deficiencies and depression, overall dietary pattern appears to be important as well. Analysis of research on the Mediterranean-style diet for prevention of cardiovascular disease suggests that this diet is associated with a decreased risk of depression, especially in those with type 2 diabetes and heart disease. One recent small randomized trial that specifically evaluated a modified Mediterranean-style diet for depression reported significant reductions in depressive symptoms among patients with major depression. Additionally, a recent study published in the journal Public Health Nutrition that followed over 14,000 people for eight years found that moderate adherence to the DASH diet was associated with a decreased risk of developing depression in individuals without initial depression.

In a 2017 statement published in the journal Nutritional Neuroscience, an international collaboration of researchers suggested dietary recommendations to reduce the risk of developing depression. The researchers emphasized that any influence of diet on depression is likely to be from a healthy overall diet with appropriate nutrients consumed regularly over time, rather than from individual nutrients or single “super-foods.” Their recommendations include:

-Following “traditional” dietary patterns such as Mediterranean-, Norwegian-, or Japanese-style diets (all of which emphasize consumption of plant foods and fish)

Other Considerations: Despite findings like these, it remains difficult to prove a link between diet and depression. The vast majority of studies show only associations, not cause-and-effect, and it is often not possible to determine whether a poor dietary pattern precedes the development of depression or if depression causes poor dietary intake. “Looking just at food intake and depression is problematic,” says Robin B. Kanarek, PhD, a Tufts professor specializing in nutrition and behavior. “Individuals who consume a nutritionally poor diet may have other things in their environment that contribute to depression, such as insufficient money to buy healthy food, a stressful home environment, or poor general health. Depression is a complex clinical condition with multiple likely contributing factors. Diet alone is no guarantee against developing depression. And replacing antidepressants or forgoing other depression treatments in favor of dietary modifications alone can be dangerous.”

Even without proof that dietary choices can prevent or treat depression, addressing nutrient deficiencies and striving for an overall high-quality dietary pattern are important for general health. “While there is no single food or diet plan that cures or definitively prevents depression,” says Kanarek, “Adhering to a diet that is healthy for the physical body is a good plan to also optimize mental health.”

While depression cannot be prevented or cured with diet, an overall healthy lifestyle can help.

-Strive for an overall high-quality diet that limits processed foods, sugar, and refined carbohydrates and includes a variety of fruits and vegetables, seafood, whole grains, and nuts/seeds.

-Do not replace doctor-prescribed depression treatments with dietary changes.

-Improve sleep habits and try to get at least

-Exercise regularly, performing activities that are appropriate for your fitness level.