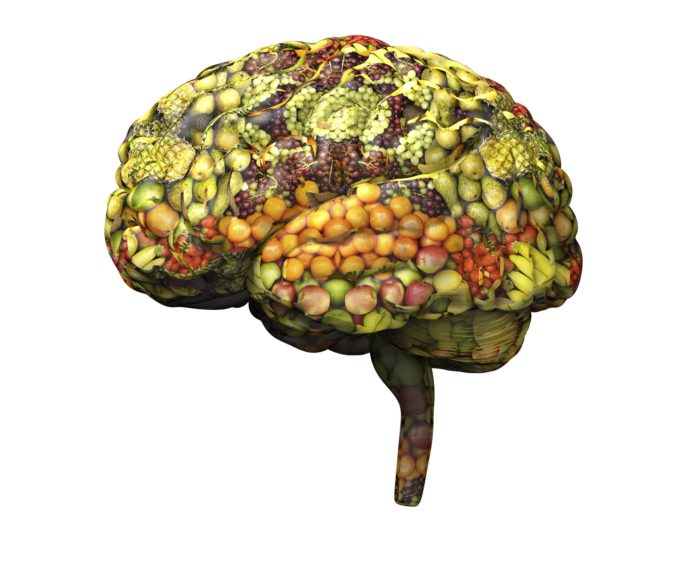 Given long time-frames of conditions such as Alzheimer’s disease and other dementias, it’s challenging to prove any cause and effect relationship between specific foods and brain health. Most such associations are drawn from observational studies, in which people who eat more or less of a certain food are assessed over time for cognitive changes.

It’s obviously difficult to feed a group of study participants lots of, say, blueberries for several years in order to test their brain health at the end; that’s why clinical trials of so-called brain foods have largely depended on animal tests.

Nonetheless, some foods tend to stand out from the pages and pages of research results as most likely being protective for brain health.

Brain foods typically contain one or more nutrients that scientists believe have positive effects on the brain and/or the cardiovascular system, which in turn affects the brain. These foods include:

• Berries, such as blueberries, strawberries, raspberries, blackberries, bilberries, huckleberries, cranberries, and acai berries, all of which contain anthocyanins that combat free radicals and oxidative stress. Blueberries are particularly important in the MIND diet.

• Other deeply colored, berry-like fruits, including grapes and currants. These fruits also contain resveratrol, which is being studied for its health effects.

• Vegetables, especially those high in vitamin E, such as spinach, kale, and other leafy greens, avocados, broccoli, and asparagus. Eating more vegetables is, of course, good for your overall health, and people who eat more vegetables are less prone to cognitive decline.

• Nuts of all kinds, including peanuts (technically legumes). These nutritional powerhouses, high in vitamin E and magnesium, are packed with healthy unsaturated fats and have proven cardiovascular benefits.

• Dark chocolate and cocoa contain phytochemical compounds called flavanols that have also been shown to have cardiovascular benefits. Recent studies have similarly found associations between chocolate consumption and benefits for memory and other aspects of cognition.

• Coffee has been shown to help protect the arteries, which is one way in which coffee consumption could also be good for the brain. Coffee also contains caffeine, which not only stimulates the brain in the short term but may protect against long-term cognitive decline later in life.

• Tea, especially green tea, contains phytochemicals that seem to benefit working memory and may help counter the plaques that characterize Alzheimer’s disease. Tea, as well as herbal teas containing hibiscus, also has been found to help control high blood pressure, which is the number-one risk factor for brain damaging strokes and vascular dementia.

• Seafood, especially varieties of fish high in heart-healthy omega-3 fatty acids, such as salmon, trout, sardines, herring, and mackerel, protects the brain by its cardiovascular benefits and may also have direct brain benefits. DHA, one of the two primary omega-3s in fish oil, is a key component in brain development and the most important fatty acid in the brain. People at higher genetic risk of Alzheimer’s may particularly benefit from eating more fish. Other studies have suggested that older people see greater cognitive benefits from fish consumption than those in midlife.

Brain Foods: Part of a Pattern

Brain foods are most effective when consumed as part of an overall healthy dietary pattern—you can’t just eat a few blueberries to make up for the deleterious effects of gorging on pizza and cheeseburgers. Tufts’ MyPlate for Older Adults recommends a plate “makeover” at your meals, so that your dietary intake includes:

• 25% protein-rich foods, such as nuts, beans, fish, lean meat, poultry, and fat-free and low-fat dairy products, such as milk, cheeses, and yogurts.

The plan also calls for plenty of healthy sources of fluids, such as water, milk, tea, soup, and coffee. You should choose heart-healthy monounsaturated and polyunsaturated fats such as vegetable oils and soft margarines, limiting intake of saturated fats from animal products, such as butter, lard, and fatty red and processed meats. Tufts experts also advise using herbs and spices in place of salt to lower sodium intake, which contributes to high blood pressure.

A brain-healthy diet should also limit intake of added sugars, which don’t come with any compensating nutrients, and of refined grains and starchy foods.

As you age, be aware that you may not be getting enough of certain nutrients important to your body and brain, because of reduced intake, impaired absorption, or medications. These include vitamin B12, vitamin D, calcium, iron, zinc, and dietary fiber. It’s also important to drink plenty of water and other non-caloric fluids, as your sensitivity to thirst may decline with age.

Other healthy dietary plans that contain plenty of “brain food” include the Mediterranean diet, the Dietary Approaches to Stop Hypertension (DASH) plan, and the MIND diet.